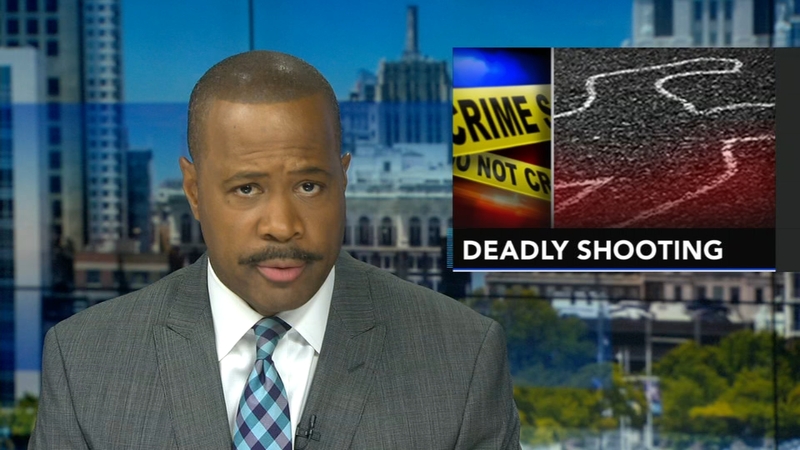 WEST PHILADELPHIA (WPVI) -- Police are investigating a double shooting in West Philadelphia that left a married father of five dead and another man critically wounded.

Authorities were called around 9:30 p.m. Wednesday for the report of a shooting on the 200 block of South 52nd Street.

When officers arrived, they found a 38-year-old man lying on the sidewalk. He was bleeding heavily from his face and chest. Police rushed him to Penn Presbyterian Medical Center in critical condition. He was taken right into surgery, but was pronounced dead about an hour later.

The second victim, 22, showed up at Mercy Fitzgerald Hospital. Police say he was shot in each of his arms; he was able to get himself to the hospital on foot. He was listed in critical condition.

Police say the two men may have known each other and had a prior argument over money.

They say at least seven shots were fired. There were shell casings on the sidewalk and on the street.

Officers located a semiautomatic handgun on the scene. They were examining it on the sidewalk, but are not sure who it belongs to, at this point.

Police located other items that raise the possibility this was a robbery.

"We also found some money and some identification, so it's possible that the motive for this double shooting is a robbery. We don't know if either of the victims was armed with a gun at this time, but there is a semiautomatic weapon on the scene," Philadelphia Chief Inspector Scott Small said.