Firefighter falls 52 feet to his death responding to NYC crash 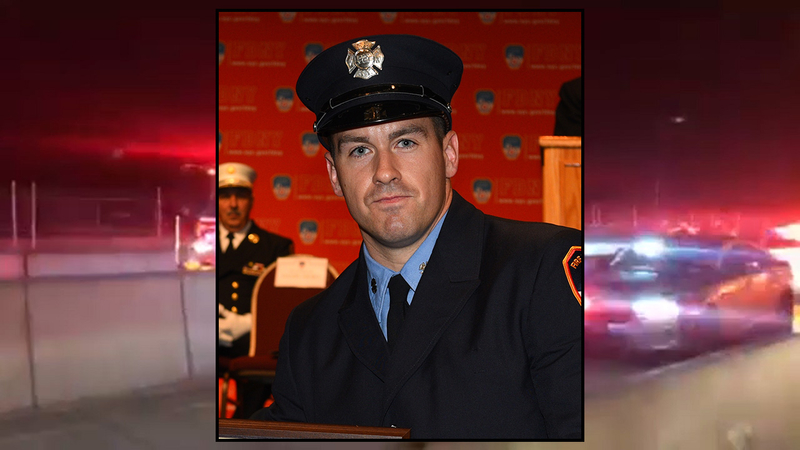 Firefighter falls to his death responding to car crash in Brooklyn

NEW YORK CITY -- A New York City firefighter fell to his death while responding to a car crash in Brooklyn, officials say.

The FDNY identified the firefighter as 30-year-old Steven Pollard.

Investigators will return to the section of the Belt Parkway Monday morning to better understand what went wrong.

Officials say the probationary firefighter was responding to a car accident Sunday night on an elevated section of the highway that crosses the Mill Basin.

"The members of 170 had responded in the opposite direction, on the eastbound side, and needed to cross over the roadway to assist the injured motorists," said FDNY Commissioner Daniel Nigro. "And in the process of crossing over, Steven fell to the ground below."

Pollard crossed the Jersey barrier not knowing there was a roughly three-foot gap between the east and westbound lanes, officials say.

Pollard was taken to the hospital where he was pronounced dead.

Pollard comes from a family of Brooklyn firefighters- his father, Ray Sr. served 31 years and his brother, Ray Jr. served 11.