The lawsuit claims a truck with 106,000 miles on the odometer actually had 360,000 miles on it.
WPVI
By Chad Pradelli and Cheryl Mettendorf 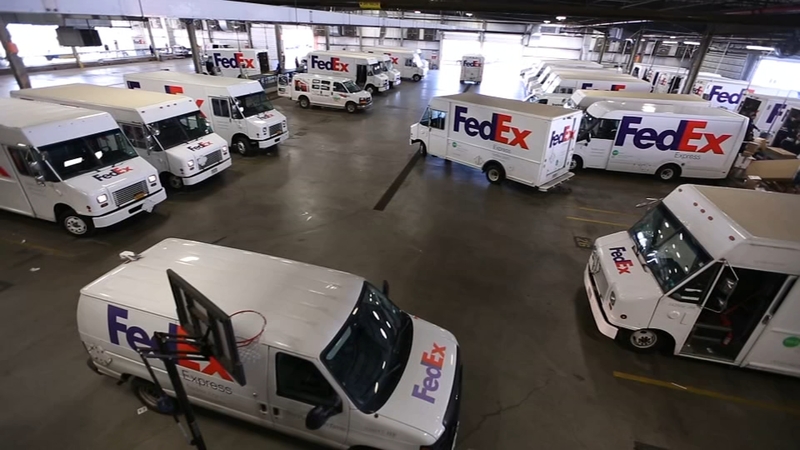 PHILADELPHIA (WPVI) -- A small commercial truck dealer is at the center of a legal dispute against FedEx and a New Jersey vehicle dealer.

In a lawsuit, FedEx and Automotive Rentals Incorporated (ARI) out of Mt. Laurel are accused of selling used delivery trucks without disclosing the true mileage.

Tom Layton, who owns Nevada Fleet out of California, has been buying and selling used commercial trucks for 36 years.

"To date, we've determined that 96 of the vehicles that we bought have replaced odometers," he said.

According to the lawsuit, in 2017 one of Layton's buyers complained that one of the trucks he sold had significantly more miles than publicly disclosed.

Layton said he believed the mileage was 106,000 miles when he purchased it at auction from ARI.

The lawsuit claims a computer test on the truck later determined the actual mileage was more than triple at 360,000.

"We believe that both parties are well aware of the true mileage that these vehicles have prior to sale," said Layton. "Yet neither party feel necessary to disclose this to the buyer."

FedEx has a contact with ARI to market and sell FedEx trucks at auction. Each gets a cut of the profits. Buyers like Layton then repurpose the trucks and sells them to independent delivery companies or other businesses like food truck operators.

"If anybody took even a little bit of a look at this, they would see on some of these that 'oh, wait a minute, there's something wrong with this odometer,'" said Attorney Brandon Fernald, who represents Layton.

Under federal law, replacing an odometer is not illegal but must be disclosed.

The law states the new odometer should be set with the actual miles, or a sticker must be placed on the inside door jamb stating the mileage at replacement.

Both Layton and Fernald said that didn't happen on any of the commercial trucks Layton purchased from ARI.

"It is abundantly clear that FedEx has records that meticulously track every aspect of these vehicles," said Fernald. "It kind of comes back to the profit motive on this. If you're going to disclose that, you're taking a hit on the price of the vehicle, just no doubt about it.

In court records, FedEx has admitted to replacing 1,600 odometers over the past 10 years, which is not illegal.

FedEx and ARI have denied wrongdoing and are seeking to dismiss the case.

FedEx released a statement saying, "The claims of the Plaintiff, Nevada Fleet, are without merit and we are actively defending our position."

"FedEx's story is, 'well this is, you know, we're not the fleet management company," said Fernald. "ARI is, 'Oh, no, no, no, these are FedEx records, and we didn't know that they kept this kind of stuff and we had no idea,'" he added. "And the auction houses is pointing at both them."

However, a key question is why didn't FedEx just reprogram the replacement odometers with the actual miles?

Layton alleged since he began voicing his concerns to ARI and FedEx, the auction houses have locked him out.

The auction houses said it's because of his poor behavior.

Layton said as a result his business has essentially been shut since 2017, costing him roughly $250,000 a year.

"Why are the rules different for Holman automotive, for FedEx, than it is for the small used car dealer or consumer?" said Layton.