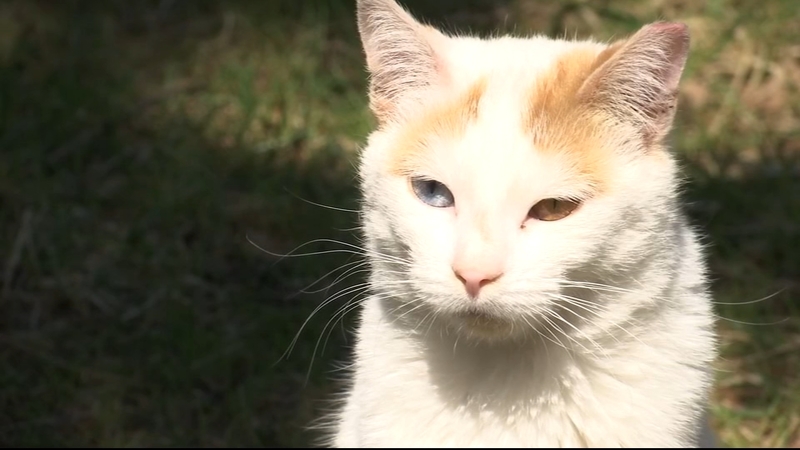 QUAKERTOWN, Pennsylvania (WPVI) -- A colony of feral cats is causing quite a nuisance for neighbors in Quakertown, Pennsylvania. Residents are determined to find homes for the animals, but the SPCA says it's done everything it can.

Gina Ewing and Annette Lunny are a few of the neighbors on Hellertown Street who have been taking care of the 27 feral cats living on their block. They've been feeding the cats ever since their elderly neighbor moved out.

"These guys are the innocent party here. They should not have to suffer," said Ewing.

The cats live in the gutters, abandoned sheds and under porches.

"We all have health problems and stuff, and we need to do something with these cats. We need to find good homes for them," said Lunny.

The SPCA, however, says that may not be the best option.

"Feral cats are just not house pets. Basically, like a wild animal, they like living outside," said Nikki Thompson, the chief human society police officer for the Bucks County SPCA.

The Bucks County SPCA says it became involved when neighbors called. It did a method called TNR with the cats - trap, neuter, release.

"It's the most humane thing we can do for them," said Thompson.

Thompson said the SPCA did adopt out five kittens, but the rest were put back in their habitat after being neutered.

She says if the neighbors want to continue feeding them, to make sure all the cats' ears are clipped as a sign they're vaccinated.

"If you don't want them out on your property, don't put things out to attract them," Thompson said.

Neighbors say they're determined to find each cat a home.

"Let them fend for themselves and that's not the right way," said Lunny.