Business owner fights back after being followed home in Northeast Philadelphia 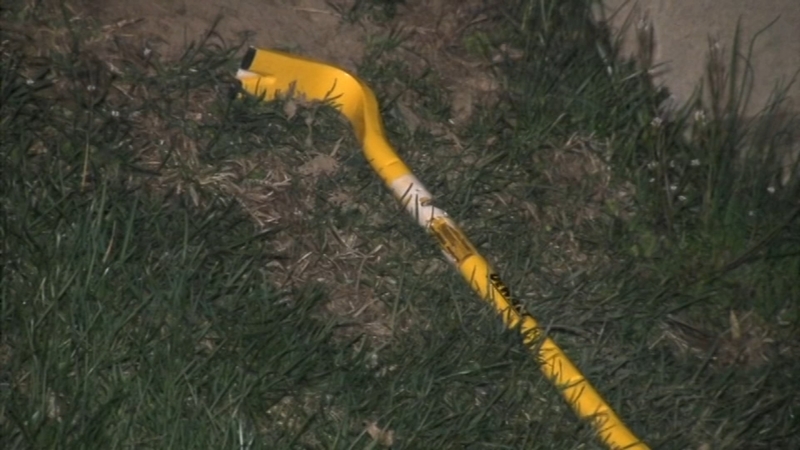 Homeowner fights back against armed suspects

NORTHEAST PHILADELPHIA (WPVI) -- A man fought back after being attacked outside his Northeast Philadelphia home by two suspects who had been following him, police said.

Police said the business owner had closed up his shop in Center City and drove home.

As he made his way to his house, he realized he had been followed.

That's when two men confronted the 41-year-old victim with a gun and a crowbar trying to rob him.

The homeowner, however, had other plans. He started to fight back.

Police said he pushed and kicked to keep the robbers from getting into his house.

When he entered his home, his wife helped him push the door shut and lock it to keep the suspects out.

"I opened the door, not all the way, and my husband's right at the door. The guy's two steps down. He still tried to kick him while my husband sneaked in quickly. And we slammed the door shut," the wife said.

Arriving officers spotted the two suspects in a backyard.

"They chased the one male," said Philadelphia Chief Inspector Scott Small. "That 38-year-old perpetrator was positively identified by the homeowner and his wife."

Nothing was taken from the home and no one was injured.

The man in custody will be charged with attempted robbery, among other offenses.

Officers used K-9s to search the area. Police located the crowbar they think belonged to one of the robbers.

The only description of the second suspect is that he was a man wearing dark clothing.

Small said it's a good thing that the business owner who was targeted fought back.

"Great job done by the homeowner and his wife fighting off these two would-be robbers," said Small. "Things could've been a lot worse. So it's a pretty good ending because we made one apprehension."

They fought back and won, but it's a fight they hope to never have again.