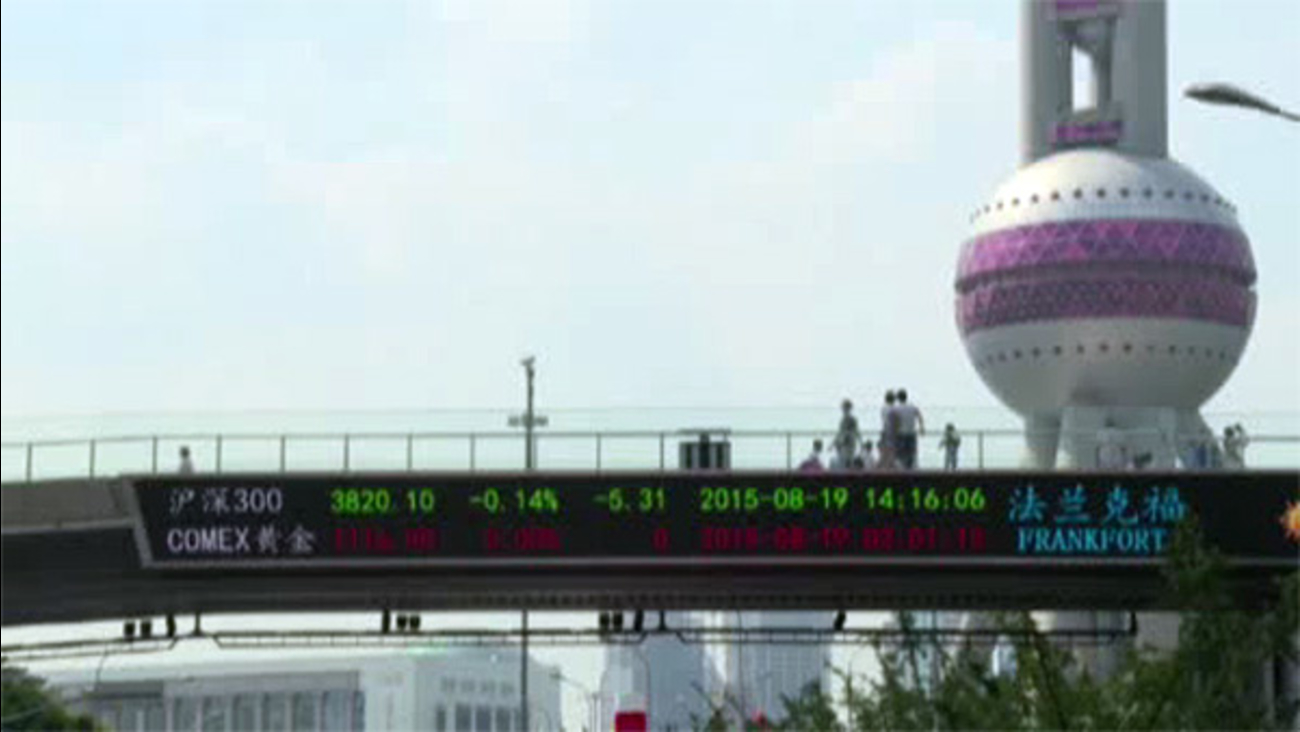 TOKYO -- World stock markets plunged on Monday after China's main index sank 8.5 percent - its biggest drop since the early days of the global financial crisis - amid deepening fears over the health of the world's second-largest economy.

Oil prices, commodities and the currencies of many developing countries also tumbled on concerns that a sharp slowdown in China might hurt economic growth around the globe. Wall Street was expected to suffer heavy losses on the open.

The Shanghai index suffered its biggest percentage decline since February 2007, with many China-listed companies hitting their 10 percent downside limits. The benchmark closed at 3,209.91 points, meaning it has lost all of its gains for 2015, though it is still more than 40 percent above its level a year ago.

China's dimming outlook is drawing calls for more economic stimulus from Beijing, though earlier government efforts to staunch the hemorrhage appear to have done little to stabilize markets.

Asia's gloom spread to European markets, where Britain's FTSE 100 fell 2.7 percent, Germany's DAX 2.6 percent and the CAC 40 of France 2.5 percent. Dow futures were down over 2 percent while the S&P futures were 1.8 percent lower.

"It is a key moment for China. The equity market in free fall, the banking system increasingly starved of liquidity, rising capital outflows, and a rapidly slowing economy," Angus Nicholson, a market analyst for IG, said in a market note.

"Global markets look set to continue their rout into the European and U.S. sessions," he said, noting that the scale of the losses may have been exaggerated by the thin trading volumes typical of late August.

Some analysts say they see opportunities for bargains in the latest plunge in prices. But underlying the gloom is the growing conviction that policymakers and regulators may lack the means to staunch the losses.

Those declines followed tumbles over the weekend in emerging markets such as Egypt, Dubai and Saudi Arabia.

Fresh evidence of the slowdown in China's economy sparked a wave of selling Friday in Europe and the U.S. that culminated with the S&P 500 losing nearly 6 percent for the week in its worst weekly slump since 2011.

The panic has underscored the scale of the challenge for Chinese leaders in seeking to curb excess investment and guide the economy toward a more sustainable pace of growth.

"My biggest concern is that global growth momentum is very fragile. The most important step is to see China take further action to try to bring their economy to a 7 percent growth path," said Rajiv Biswas, Asia-Pacific chief economist for IHS.

In currency trading, the dollar was at 120.65 yen on Monday, down from 122.05 yen on Friday. The euro rose to $1.1462 from $1.1388. Currencies fell hard in developing economies - particularly those that rely heavily on the export of commodities and oil, both of which China is a big consumer. The Russian ruble dropped 2.3 percent to a seven-year low.

In commodity markets, benchmark U.S. crude dropped $1.67 to $38.78 a barrel in electronic trading on the New York Mercantile Exchange. It fell 87 cents a barrel on Friday. Brent crude, a benchmark for international oils used by many U.S. refineries, fell $2.07 to $43.39 a barrel.