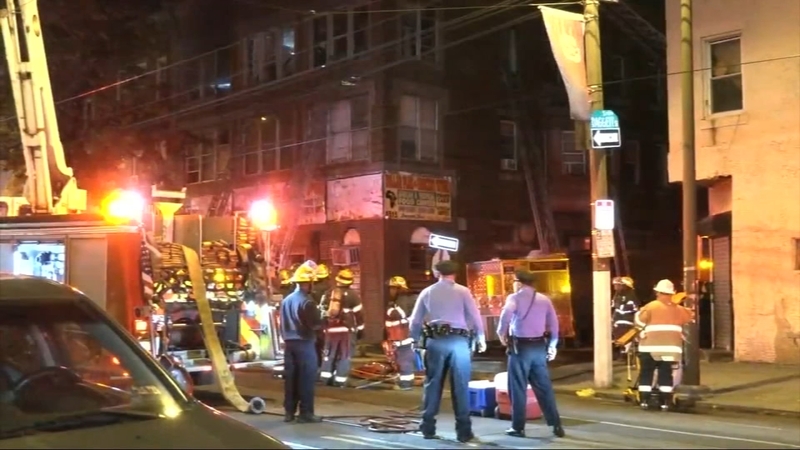 PHILADELPHIA (WPVI) -- Officials said one person is dead and another is in critical condition following a fire in a three-story apartment building in Southwest Philadelphia early Sunday.

Firefighters said when they arrived thick, black smoke was billowing from the building.

Firefighters helped several residents out of the burning building before placing the fire under control at 6:15 a.m.

One man was taken to Penn Presbyterian Hospital in critical condition. Officials said another man died at the scene.

Several business owners tell Action News they did know the man who died because he frequented the block which is full of stores. They said he came to the United States from West Africa three years ago.

"He was a very nice guy. We don't know him by name. We know his wife, his wife just went to Africa with the two kids. It's so sad," said Musa Barry, whose nearby business suffered smoke and water damage.

The Fire Marshal is investigating.