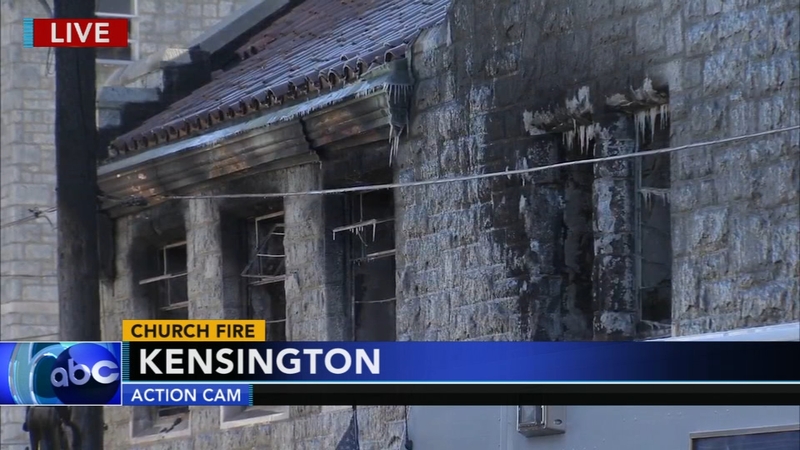 KENSINGTON (WPVI) -- Fire damaged an abandoned church and prompted evacuations in the Kensington section of Philadelphia.

The flames broke out around 1 a.m. Thursday in the 700 block of East Cornwall Street.

Firefighters arrived to find flames coming from the first floor.

It’s so cold outside that firefighter equipment was icing over making it even heavier. @6abc pic.twitter.com/PKFY2dSy9k

A second alarm was struck as the blaze spread to the second floor.

A number of area residents were evacuated as flames threatened nearby row homes.

It took crews about an hour to declare the situation under control.

Church fire with evacuations in Kensington: Jeannette Reyes reports during Action News at 4:30 a.m. on December 28, 2017.

They were receiving assistance from the Southeastern Pennsylvania chapter of the American Red Cross.

Large vacant church on the 700 of E Cornwall street In Kensington goes upon flames around 1. 100 firefighters responded. 19 homeless were inside, they were safely evacuated. Red Cross assisting. PECO & L&I on scene. No injuries reported @6abc

Action News has learned the church had been condemned and was scheduled for demolition.

Fire investigators are working to determine what sparked the blaze.