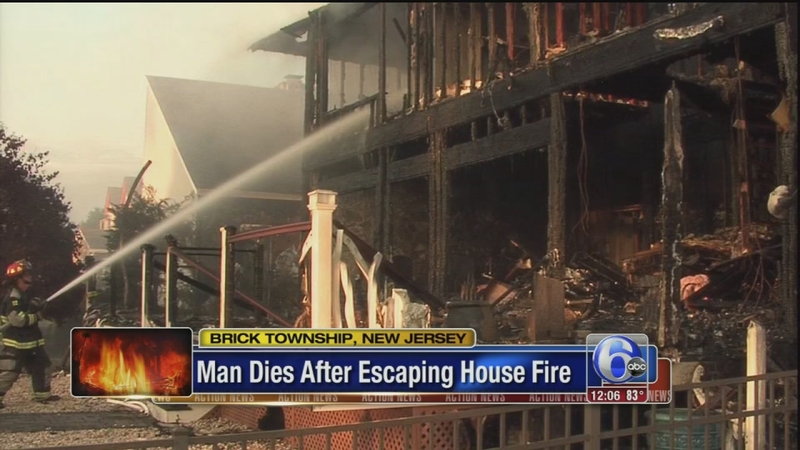 BRICK TOWNSHIP, N.J. (WPVI) -- Fire officials say a 74-year-old man who managed to escape a house fire in Ocean County along with his wife died a short time later.

The Action Cam was in the unit block of Brower Drive in Brick Township after the fire broke out at 12:45 a.m. Sunday.

Fire officials say the couple made it out of the house, but first responders found the husband unconscious and unresponsive when they arrived.

They were not able to resuscitate him.

Fire officials say an autopsy will be conducted to determine whether he suffered a heart attack or died from injuries directly related to the fire.

The man's wife was taken to Ocean Medical Center in Brick, where she was treated for non-life-threatening injuries.

Action News is told the couple's dog remains unaccounted for.

Investigators are working to determine the cause of the fire.