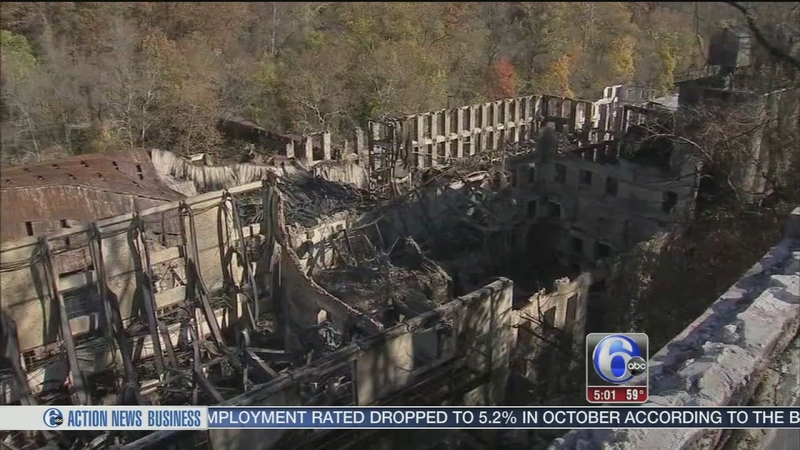 WILMINGTON, Del. (WPVI) -- It was one of the biggest fires in Delaware's history and, more than a week later, it is still burning.

The flames broke out around 3 a.m. on November 9 at an abandoned textile complex near Riddle Avenue and Mill Road.

The mill, dating back to the early 19th century, included multiple buildings along the Brandywine. The plan was for the complex to be redeveloped as condos and retail, but that plan has gone up in smoke.

The fire department says there are still fires smoldering in basements 25 to 40 feet underground.

"The Wilmington Fire Department is still on scene to monitor hot spots, smoldering fires that have still not be suppressed," said Dep. Chief James Jobes.

At a civic association meeting on Wednesday night, city and state officials assured residents that the air quality is being monitored for any possible dangerous levels of pollution, including asbestos.

The Delaware Department of Natural Resources said on Thursday they have not tested the air in more than a week and won't respond unless they are called by the fire department.

From the beginning, the fire has been dubbed suspicious.