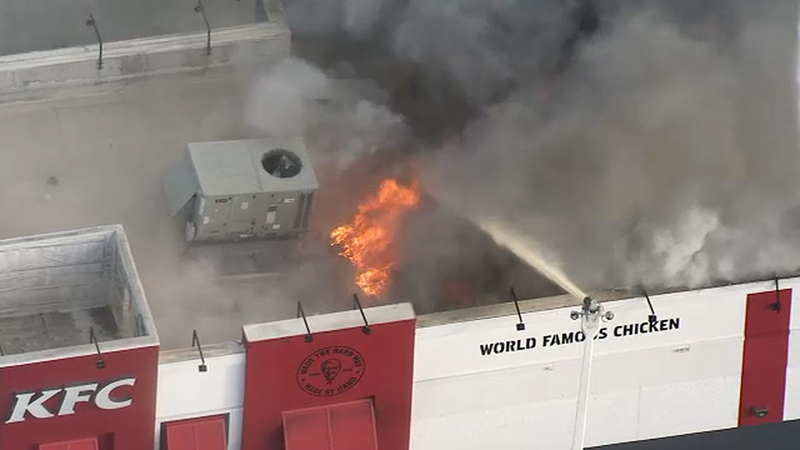 WILMINGTON (WPVI) -- A firefighter was injured in a two-alarm fire that engulfed a KFC/Taco Bell restaurant in Wilmington, Delaware.

It started around 8:35 a.m. Thursday at the fast-food restaurant on the 1900 block of Lancaster Avenue.

Chopper 6 over the scene showed flames and smoke billowing from the storage area of the building.

Officials tell Action News several employees made it out safely before firefighters arrived.

Firefighters were forced to evacuate the building because of the heavy flames.

One firefighter was treated for a leg injury at the Wilmington Hospital and later released.

Eight nearby homes were evacuated as a precaution.