Fire erupts after truck crashes into pizzeria in Frenchtown 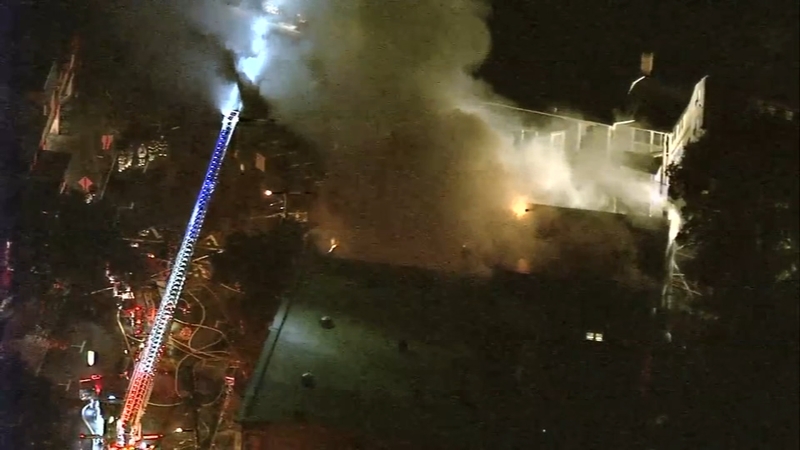 FRENCHTOWN, N.J. (WPVI) -- Firefighters were called to the scene after a crash sparked a fire that destroyed one building and damaged others in western New Jersey Monday night.

The monster blaze erupted just after 10:30 p.m. when a heavy-duty wrecker hauling a large trailer went out of control and slammed into Galasso's Pizzeria on Bridge Street. There was a large explosion and a massive fire quickly ensued.

Frenchtown Mayor Brad Myhre says the Frenchtown Cafe, which is next to the pizzeria, also sustained significant damage.

Mike Verba lived in one of the apartments above the pizza shop.

"I heard the crash and smoke started filling my apartment," said Verba. "My neighbors were banging on the door, one tried to axe my metal door down but couldn't get through."

Fire companies poured in from all over the region and continued to battle the blaze all night. They continued to douse the rooftop flames well through the afternoon Tuesday.

The Hunterdon County Prosecutor's Office says the cause and origin of the blaze is under investigation.