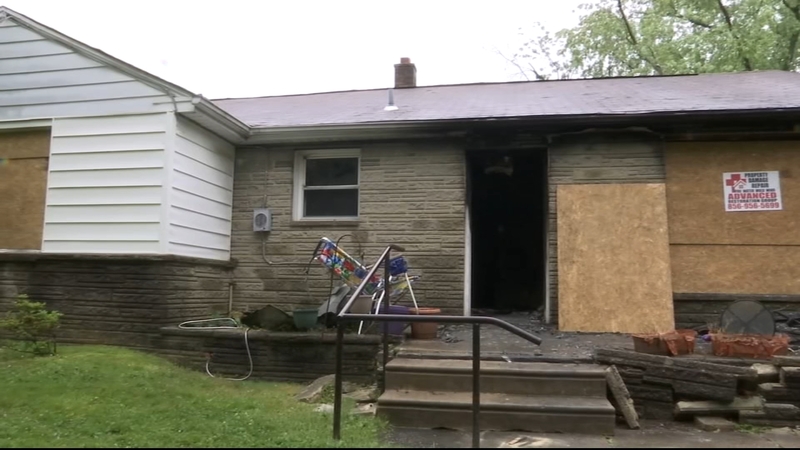 CHERRY HILL, New Jersey (WPVI) -- Two women are in the hospital after a house fire in Cherry Hill, New Jersey, and firefighters in the area are crediting a neighbor for saving lives.

Nick Procopio says he heard the smoke alarms around 5:40 in the morning. His family called 911, and he ran toward the flames.

"I could see her in the door," Procopio said of his 90-year-old neighbor, who lives in the home on Severn Avenue with her 63-year-old daughter. "I just picked her up and took her out of the house and brought her over to our driveway."

Firefighters got to the home in less than five minutes.

At this point, the 63-year-old was still in the burning home.

"The fire was right in the doorway, and there was a thought to go see if you could help the other woman, but it was red hot flames, and you could feel the fire," Procopio added.

Firefighters crashed through the back door and pulled her out.

Both victims are at Jefferson Hospital's burn unit, where one remains in critical condition.

"Time is everything with the fire. There was a large body of fire when the firefighters got there, so it appears the fire had been burning for some time," said chief Chris Callan of Cherry Hill Fire Department.

Callan says crews were able to get the fire under control in about 15 minutes.

While the damage to the home is severe, Callan says this could've been worse if not for a brave neighbor.

"That is an amazing act of humanity to risk your life to try and save someone else's life, and he should be commended for that," Callan added.

The department says they plan to recognize Procopio for his act of bravery in the next few weeks.