3 families forced out by flames in Kensington 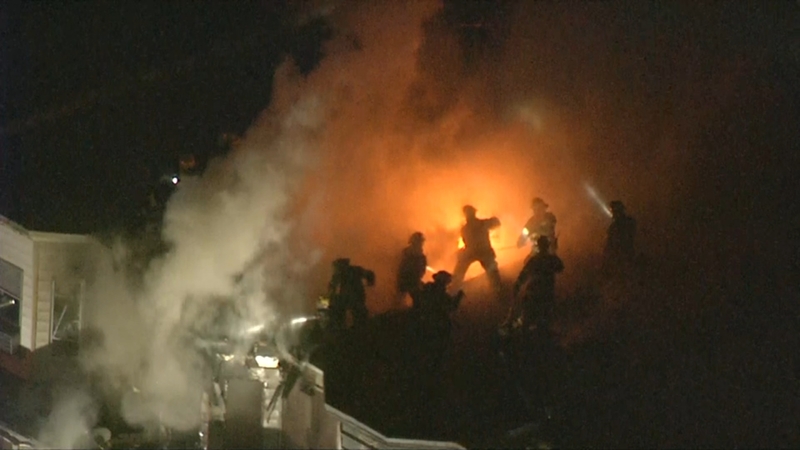 Chopper 6 was over the scene just before 9 p.m. as firefighters could be seen aggressively attacking the blaze from the second floor.

"We were scared someone was in there burning," one witness said as flames and thick black smoke billowed from the block.

Emergency responders evacuated the block to get people to safety.

Resident Jeff Abreu, speaking through a translator, told Action News what he saw.

The fire was brought under control around 9:10 p.m.

Chopper 6 over house fire in Kensington on December 5, 2019.