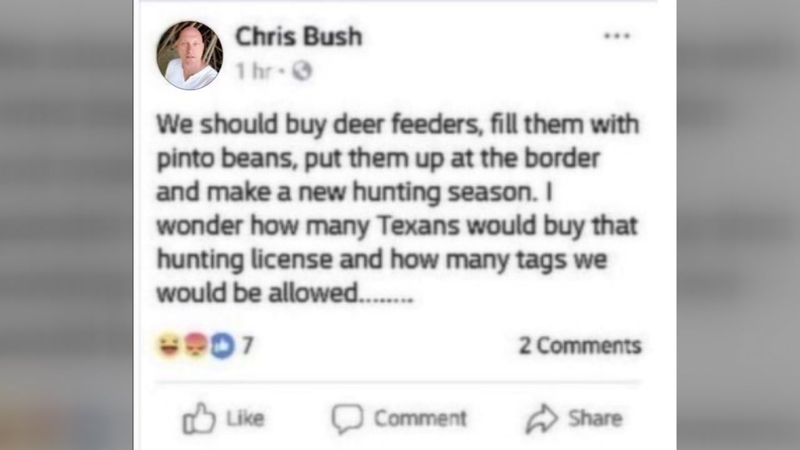 Firefighter loses job after post about hunting season at the border.

HOUSTON, Texas (WPVI) -- A part-time firefighter with the City of Bellaire and the Westfield Fire Department has been fired after an incendiary Facebook post.

KTRK-TV reports, earlier this week, Chris Bush posted this message on Facebook. "We should buy deer feeders fill them with pinto beans put them on the border and make a new hunting season. I wonder how many Texans will buy that hunting licenses and how many tags we would be allowed..."

The city of Bellaire released the following statement:

"Wednesday morning we became aware of an inappropriate and offensive social media post by a part-time firefighter. Upon learning of that post, we took immediate and appropriate action, and the individual is no longer employed with the City of Bellaire."