WPVI
JACKSONVILLE, Fla. -- A 6-year-old's mom is speaking out after her daughter was escorted out of her Florida school, into a police car and committed to a mental health facility, where she stayed for two days.

"But I think the biggest emotion I felt was helpless," she said.

She said school staff called Tuesday and said her daughter Nadia, who has special needs, was throwing chairs and having a tantrum.

Then, the school reportedly called a licensed medical health counselor who invoked the Baker Act, a Florida law that allows for the involuntary detention of someone deemed a threat to themselves and others.

"I think they're pushing her buttons because when I got there, she's been so cooperative with me, talking and sat down ... She's perfect cause she is fine. There is nothing wrong with her," the officer is heard saying.

"There are so many parents who feel helpless, who feel the same way that I feel ... and I'm not going to give up until I get justice," Falk said.

Woman gives powerful speech to looters on streets of NYC

Mother of George Floyd's daughter remembers him as 'good man' 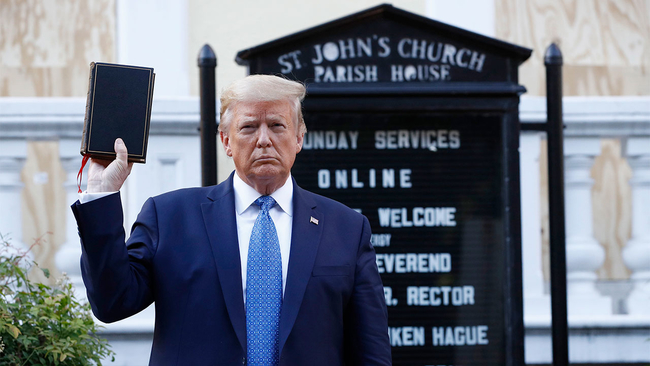