During a search, police say Delgado began arguing with the trooper, punched him in the face and tried to run.
WPVI 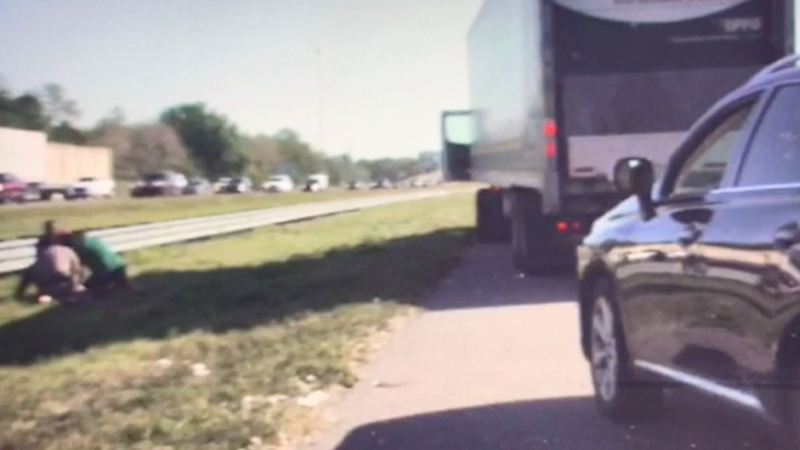 FLORIDA -- Drivers lent a helping hand to a Florida Highway Patrol officer who was attacked during a traffic stop.

Dash camera video from the incident on March 18 shows the trooper with 24-year-old Alexander Delgado, who was walking along the highway.

Troopers said he was walking along Interstate 4 just west of Exit 5 in Hillsborough County when he was stopped. According to the arrest report, Delgado told the trooper he was an artist and was recently kicked out of his mother's house.

During a search, the 24-year-old allegedly became "argumentative" and told the trooper to leave him alone. The video shows Delgado punching the trooper's face.

Delgado then tried to run and threw several more punches at the trooper.

Several civilians stopped to assist the trooper during the fight.