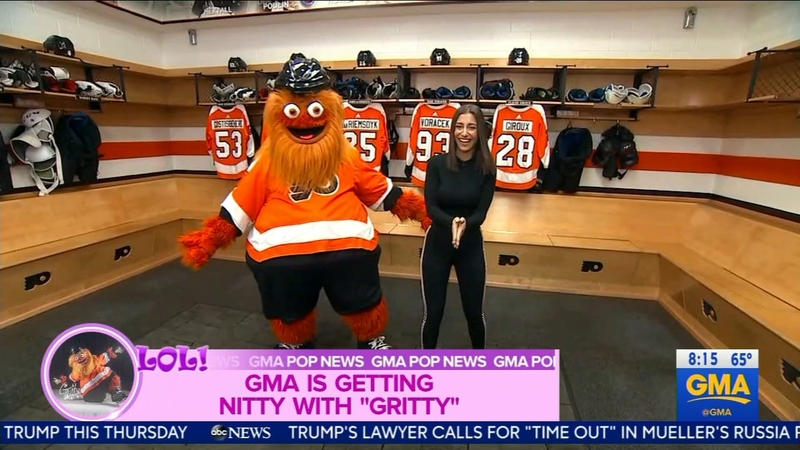 As soon as he arrived on the scene Monday morning, the googly-eyed Gritty was an instant trending topic and became a viral sensation - though not every word was kind to him.

"If he could talk, he would say 'bring it on.' He eats his opponents for breakfast," Helfrich said.

Lara then asked the big question - "What are you?"

Helfrich explained, "He is a fuzzy, orange creature."

Throughout the interview, Gritty wiggled, danced, and blew smoke out of his ears.

Goes on @GMA in morning.

He made his first on-ice appearance on Monday night at the Flyers preseason game. Though he slipped while running out, he won fans over with his t-shirt gun.