Folcroft officer Dorman, those who saved life to be honored 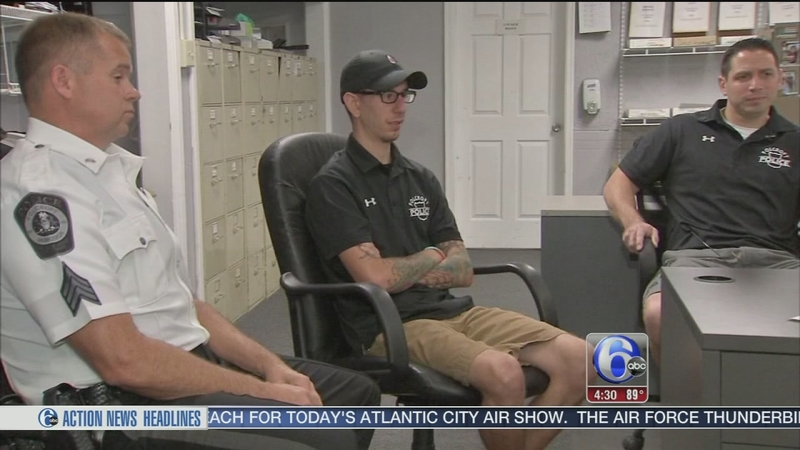 FOLCROFT, Pa. (WPVI) -- The Folcroft police officer who survived getting shot multiple times is set to be honored by his hometown Wednesday night.

But before the ceremony, Chris Dorman and the officers who helped save his life sat down to talk about what happened on that morning in June.

Dorman is well on the mend these days less than two months after coming face to face with death on the streets of his hometown.

A drug dealing suspect shot the five-year law enforcement veteran seven times including in the face.

But after several surgeries the 26-year-old Dorman hopes to get back on duty before the end of summer.

He's undaunted, but a bit wiser about life and duty.

"No matter how small of a call, always watch and be aware of your surroundings and treat every call as something serious no matter what it is," Dorman said.

The borough council will give out commendations awards for valor and heroism, not only to Dorman, but to his partner and to his sergeant who heard the desperate radio calls and rushed to the crime scene saving the officer's life.

"I pulled up to the scene while that was happening and I basically did what I had to do to try to get him out of that situation, get him away from that bad guy," Officer Dave Depietro said.

"He was running towards me and I could see on his face all the blood. He ran to the side of the car and I was like 'get in.' And we started just to go," Sgt. William Blair said.

The suspect, Donte Brooks Island aka Abdul Wahi, already has an extensive criminal record, but now he faces two charges of attempted murder.

His trial will probably not be held until after the first of the year.

"I don't think I'm a hero. I just think I'm the unlikely one who got shot. My partner and my supervisor are the heroes, they showed up and were able to get me out of a bad situation and get me to the hospital and save my life," Dorman said.