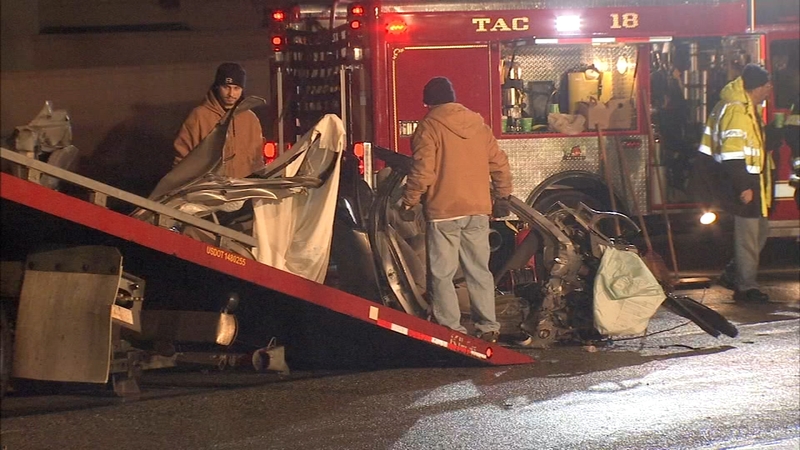 19-year-old Alexander Gray and 18-year-old Christian Bauerle died after the car they were in crashed around 1 a.m. in Folsom, Pa.

The victims were both from Wilmington, Delaware. Bauerle would have turned 19 years old on Christmas Day.

"Prayers for their family on Christmas Eve," said Katie Heim, who lives near the scene of the crash. "That's terrible."

The crash happened in the 1200 block of MacDade Boulevard. It appears the driver lost control and smashed into a utility pole.

Car broke apart after this early morning crash in Folsom that claimed two lives. Last of the larger pieces on MacDade being loaded onto tow truck. pic.twitter.com/9SUcgC9HHV

Witnesses tell police it appeared the vehicle was going upwards of 70 mph before the wreck.

The car broke apart, and the back end of the vehicle careened down MacDade Blvd. The front end of the car was wrapped around the utility pole.

The sound of the impact startled people who live nearby.

"It sounded like a bomb went off right here," said Heim. "It was so loud."

"I mean it was the loudest bang I ever heard before," said Jim Dyer. "We looked out the window and we seen the wreck and we knew something bad happened."

An investigation into the circumstances of this crash continues.

MacDade Boulevard was closed for several hours after the crash but it has since been reopened.