Each batch is made with sweet cream from grass-fed Pennsylvania cows and seasonal ingredients baked into the batter.

Owners Ryan Pollock and Chris Perotti started making the ice cream together a little over a year ago when Chris came on to work for Ryan at Rybrew, Ryan's bottle shop near Brewerytown.

There, you can enjoy the ice cream along with a beer. They offer about 300 different bottled beers and six rotating drafts on tap. The ice cream is available in scoops, cups, cones, or sundaes. You can also get a bottled float, or rootbeer float.
You can also get pints of Harper's at Ryan's sister sandwich shop, Rybread in Fairmount, which Ryan has owned for about 10 years.

Whimsicle Gourmet in Kensington is making big waves with its customizable menu of gourmet popsicles!

The Kensington-based company is the brainchild of co-owners Salim Weldon and Tonae Simon, who created the product so their children could have a healthy option for frozen treats.
The family-run company has expanded over eight years, with fashion and art projects, and partnering with companies large and small, but they can still bring their freezercart to your special occasion, or deliver to your doorstep here in Philly. 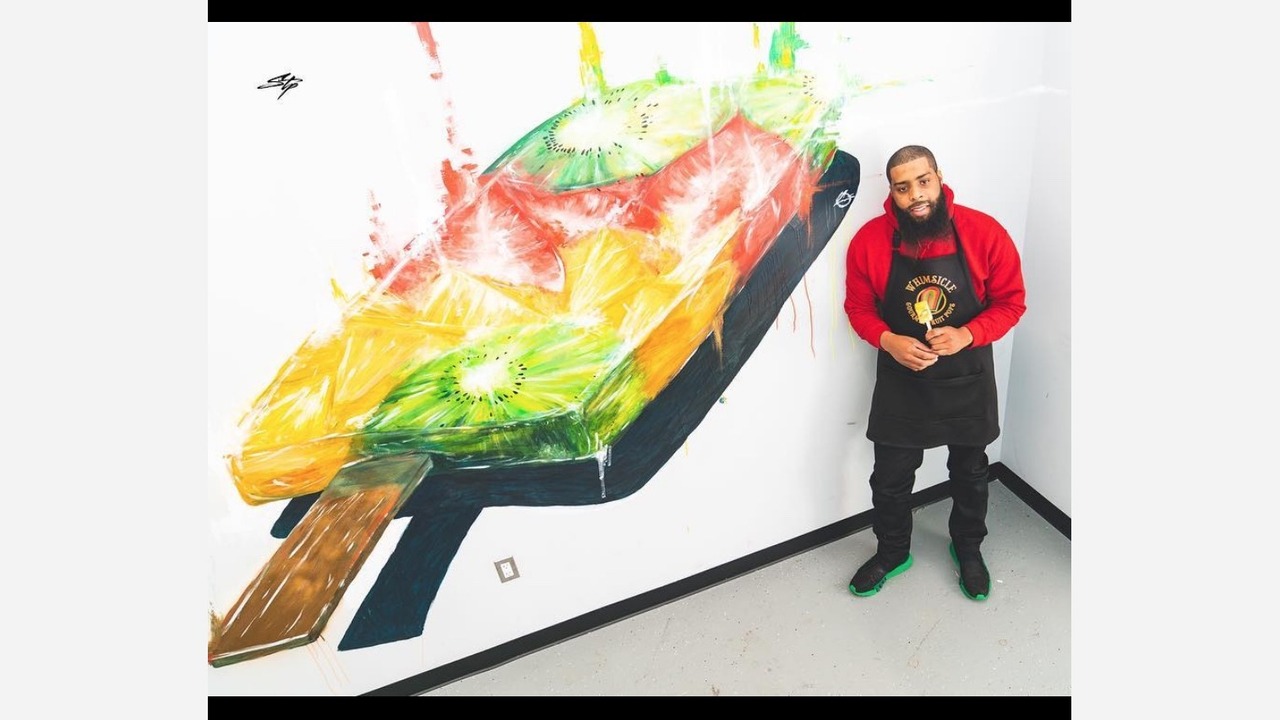 The two businesses are serving gelato out of the same spot, one making it traditional Italian style while the other adding a special CBD infusion.

Get great gelato at Cloud Cups and Gelat OH
Pizza Brain has always been known for its creative pizza creations and a Guinness Book of World Record pizza museum. They also have an ice cream partner next door throughout their time in Fishtown.

Little Baby's Ice Cream left last year and two Gelato makers have filled the void. Gelat 'OH Brick & Motor has taken their artisan frozen treats from their catering truck to a new home next to Pizza Brain.
Owner Sierra Georgia was schooled in the craft of gelato in Italy and has brought her award-winning recipes to Philadelphia.

Cloud Cups is also selling their gelato treats at Pizza Brain and seven other locations, including one spot in Atlanta. Owner Galen Thomas infuses each of his treats with CBD, the non-psychoactive ingredient in cannabis. He's created a wide range of flavors including a brand new line of popsicles.

A century of ice cream at Bassetts
Bassetts Ice Cream is America's oldest ice cream company. Founded in 1861, they are now in the sixth generation of their family-owned business.

When Reading Terminal Market opened in 1892, Bassetts signed a lease and has been there ever since.
They are the last remaining original merchant at the market.

They have over 40 flavors and sell cones, cups, sundaes and shakes that rely on a high butterfat content - not egg yolks - for their famous creamy texture.

The business has expanded into sales around the world and has no plans to thaw out anytime soon.

No matter what you're in the mood for -- soft serve, gelato, smoothies, these Philly dessert spots will help you beat the heat with their icy treats.

6 great spots for ice cream, water ice, and more icy treats
Sometimes you want ice cream as a meal and sometimes just as a finisher. So we rounded up six spots where you can get traditional and vegan ice cream, gelato, smoothies, water ice and gourmet popsicles while also enjoying a meal.

How about boozy water ice with American bistro fare and an incredible view of the Ben Franklin Bridge and the Delaware River?
Or organic fruit pops and bean to bar brownies with empanadas and arepas?

Or smoothies named for extinct and endangered animals in a place that invites cultural awareness and community activism?

From vegan food with creamy vegan ice cream to sushi and sashimi with fried banana tempura and mochi ice cream, in Philadelphia there are many ways and many places to enjoy a cool and refreshing treat.

The Taiwanese natives specialize in shaved ice and a variety of teas, including bubble teas.

Po Chang and his wife Jessica run the business. Po manages the front of the store while Jessica creates the flavors.
The shaved ice recipe comes from Jesica's family who opened the first shaved ice store in their home country of Taiwan. Po and Jessica both came to the US for education and started the business four years ago. They specialize in shaved ice and a variety of teas including bubble teas.

As soon as you walk in, you are greeted by an entire wall of bin candy from Swedish Fish to Nerds, and gourmet chocolates of every kind.

Satisfy your sweet tooth at Sweet Stuff
Sweet Stuff on the Main Line in Suburban Square is a candy and gourmet chocolate shop that's been a local staple for more than 30 years.

As soon as you walk in, you are greeted by an entire wall of bin candy from Swedish Fish to Nerds, and gourmet chocolates of every kind. The best part is that it's all locally sourced.
Bassett's Premium Ice Cream is on that list - and they're dishing out 16 to 24 flavors of it.

You can also find Famous Fourth Street Cookies from the Reading Terminal Market in Philadelphia here. The cookies are delivered daily, and they bake them fresh, then scoop Bassett's in-between.

Also on the menu is milkshakes, sundaes, cups and cones, and they just invented something called "Ice Cream Parties To Go." The "To Go Party" is full of pints and quarts of ice cream and tons of toppings.
Their main goal is to spread some "yum fun" and positivity during this time.

Home remodeling projects are en vogue during the pandemic. Cambridge Pavers can help you turn your home into a paradise.

Transform your backyard with an assist from Cambridge Pavers
Backyard improvements are an investment that can add 15 percent to the value of your home. Cambridge Pavers has a tradition of transforming backyards, an upgrade many are seeking during the pandemic.

The founder of the family-run, New Jersey-based Cambridge Pavers says that after a devastating April, the company recorded record sales in May and June as people look to transform their outdoor space into a safe haven.
We take a look at how Cambridge Pavers is helping upgrade the look of backyards and patios around the area. 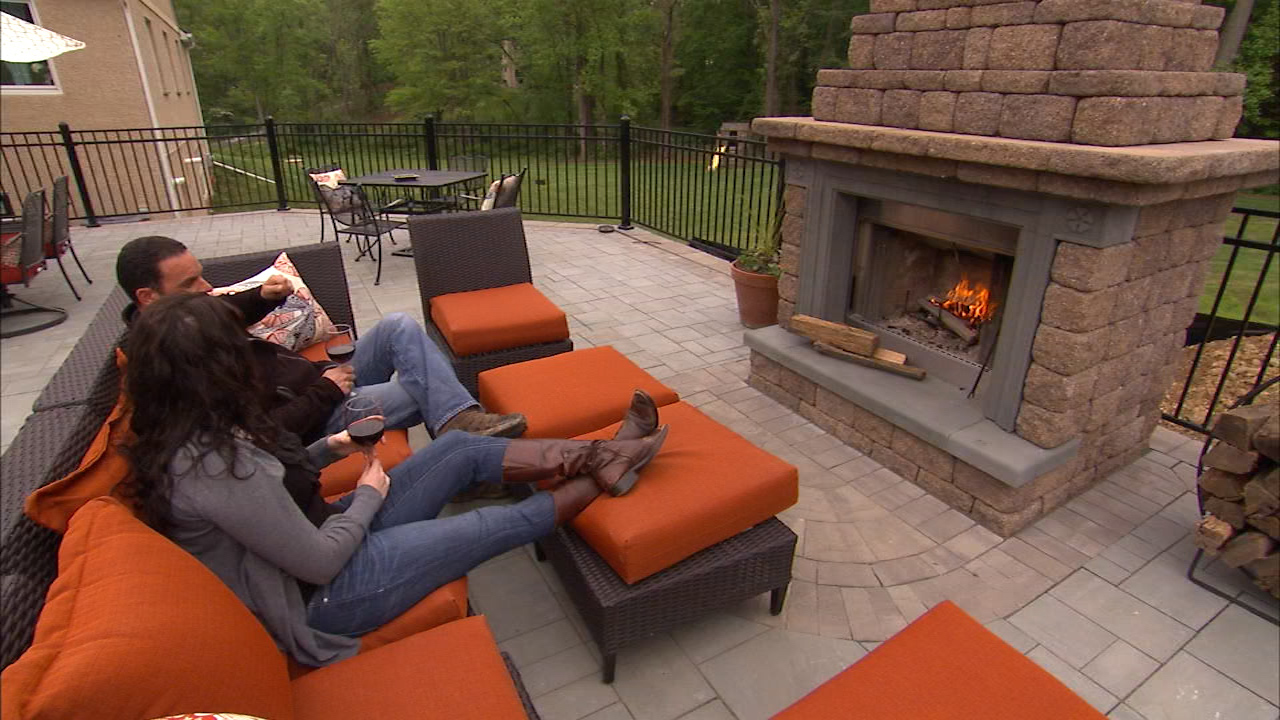