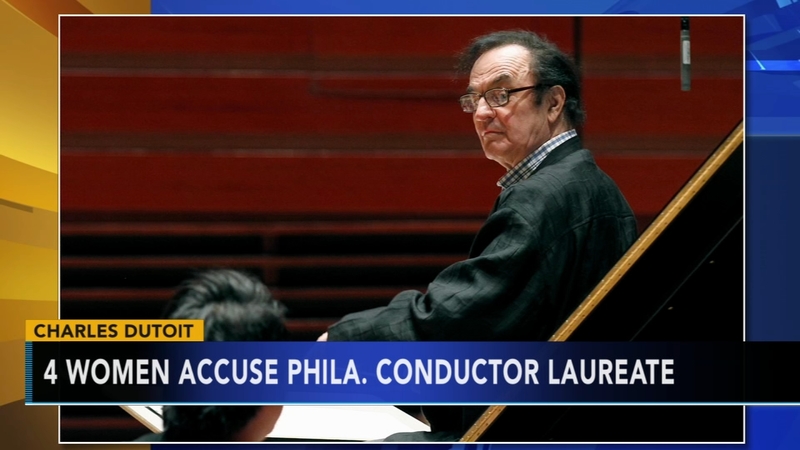 At least one of the alleged attacks happened in Philadelphia.

The 81-year-old Dutoit is currently conductor laureate of the Philadelphia Orchestra.

It's an honorary title as he now performs with the London Royal Philharmonic and has not conducted in Philadelphia in years.

Three opera singers and a classical musician said the Grammy-winning Dutoit physically restrained them, forcibly kissed them or put his hands all over their bodies.

Dutoit has not responded to the allegations.

The Philadelphia Orchestra tells Action News it is "horrified to learn of the deeply troubling accusations of sexual misconduct.

"We have had no communication with Mr. Dutoit and he has no future engagements with the Orchestra."