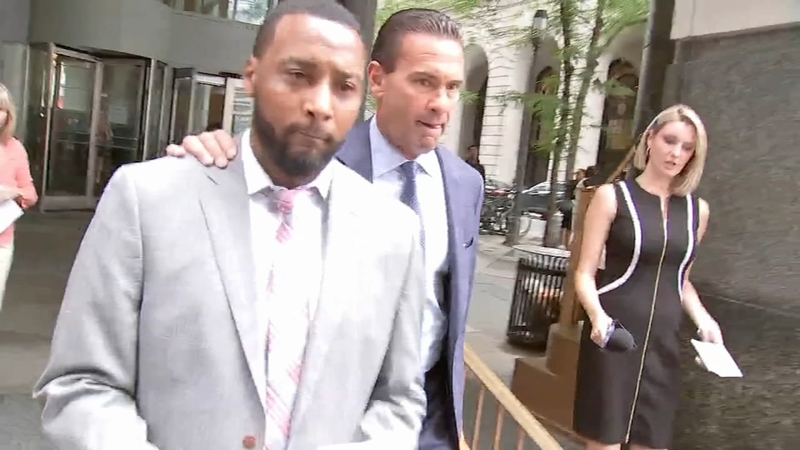 Javon Weaver is charged with homicide by vehicle and tampering with evidence.

In court he waived his preliminary hearing.

Weaver was the principal at John Wister Elementary, a Mastery Charter School, until he resigned last Friday.

Fifty-eight-year-old Anthony Rodgers was killed in the crash back in December of 2017.

In surveillance video, you can see Rodgers crossing City Avenue in the moments right before he was struck. Police say Weaver was behind the wheel of the red Lexus that took off.

The car was later found and police say it showed evidence that someone tried to set it on fire.

Rodgers family left the courtroom upset on Tuesday, while an attorney for Weaver says he is deeply saddened and haunted by his role in this tragic event.

Weaver is out on bail. His next court date is July 9, 2019.
Report a correction or typo
Related topics:
hit and runphilly newsprincipalcharter school
Copyright © 2021 WPVI-TV. All Rights Reserved.
More Videos
From CNN Newsource affiliates
TOP STORIES