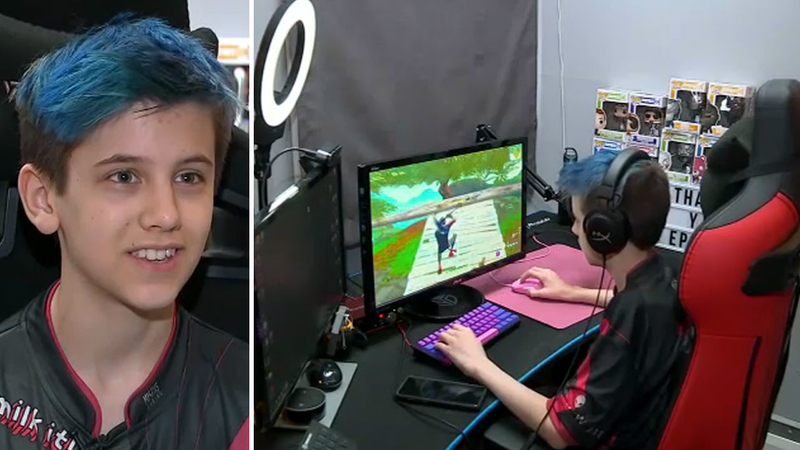 WABC-TV reports, Griffin Spikoski, 14, of Smithtown is an athlete, but not in your typical sense. He's a professional athlete with Misfits Gaming and has raked in almost $200,000 playing the popular online video game Fortnite.

Griffin, who's known online as "Sceptic," plays the game about eight hours during the week (after finishing online classes for high school) and up to 18 hours on the weekends.

"Do you think you should cut back?" WABC-TV reporter Kristin Thorne asked.

Not even the Astros can resist Fortnite

It all started nine months ago when Griffin uploaded a video to YouTube which showed him beating a popular Fortnite gamer. The video got 7.5 million views.

After that, money began to roll in from subscribers and YouTube advertisers. He has more than 1 million subscribers on YouTube and has made appearances for Samsung, PGA and the Miami Heat.

"We try to keep him humble about it," his dad Chris Spikoski said. "We try to find the right balance between his school work and just keeping his priorities straight."

The family created Sceptic Gaming Inc. and has hired a financial adviser and an accountant.

Griffin said he's saving the $200,000 and any future earnings in case his gaming career doesn't work out. He said he could use it for college or to buy a house or car.
"I want parents to know that, you know, if their kids do enjoy playing games and they have a passion for it and they're really good at it, they should treat it as any other sport," Spikoski said.

Griffin and his family will travel to Berlin next month for an international online video gaming convention.