Brachytherapy targets cancer with treatment from the inside out 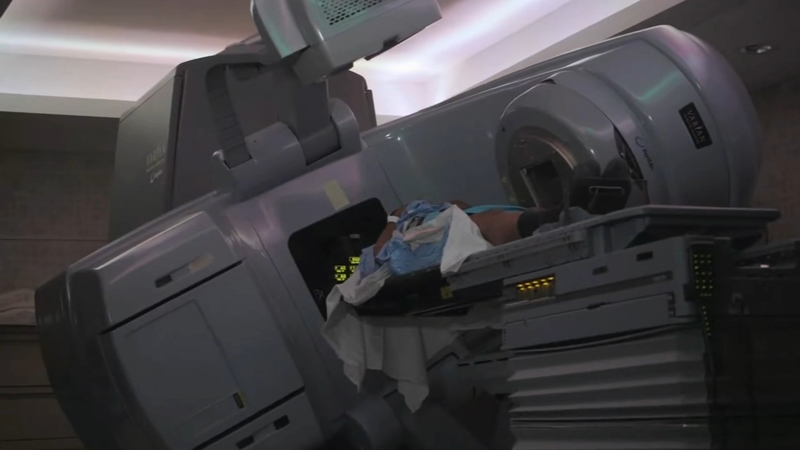 Brachytherapy targets cancer with treatment from the inside out

PHILADELPHIA (WPVI) -- Radiation has long been a mainstay in stopping cancer. It is now more targeted, able to deliver higher doses, with less damage to healthy tissue.

In this week's Moves in Medicine, we look at a form of precision radiation that works from the inside out.

When 60-year-old Sandi Nick of Bensalem first developed gynecologic bleeding last summer, she thought it was just a fluke. She never dreamed it was cervical cancer.

"Never expected for it to be anything serious," she said.

And a hysterectomy would not be enough.

"The tumor was not just on the cervix, it had spread to the walls," she said.

Doctors at Fox Chase Cancer Center made a more aggressive plan, including chemotherapy and two types of radiation, traditional radiation from outside the body, and a newer form called brachytherapy.

"Brachytherapy is where the radiation comes from the inside," said Dr. Eric Horwitz.

"Brachy" comes from the Greek word for "short," meaning short distance from the radiation to the target.

"You can implant or place the radiation seeds directly at the target or around the target, bypassing a lot of the normal organs nearby," said Dr. Krisha Howell.

Brachytherapy was first tested more than a century ago. Today, it is widely used for prostate cancer, and Fox Chase uses it more and more for gynecologic cancers.

"We can add this on after surgery for patients who have a high risk of re-occurrence, or we might take the place or make surgery unnecessary," said Dr. Howell.

"You give a really big dose of radiation to a really small area, and then the radiation is removed," said Dr. Horwitz.

Nick's brachytherapy was once a week for five weeks. Although it did not cause many side effects, her overall 10-week treatment was tough.

"I'm fighting because I need to be here for my kids," she said.

Three months after her treatment, Nick got great news.

"My doctor called me and told me the PET scan was clear and that I was cancer-free," she said.