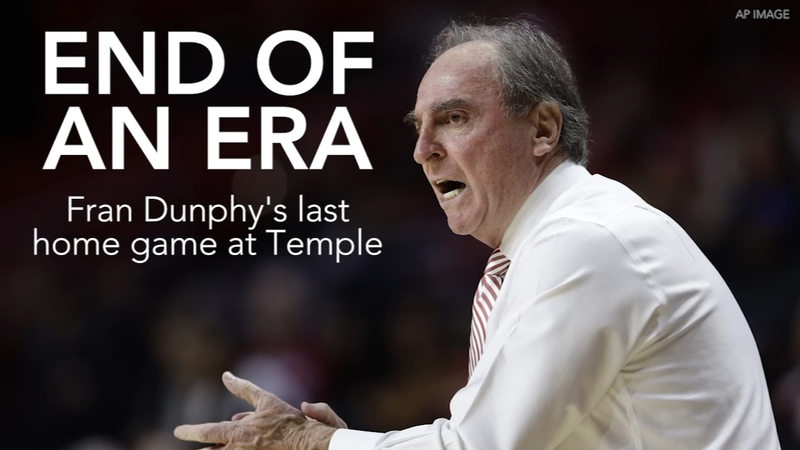 The Temple University men's basketball head coach is known as "Mr. Big 5" in Philadelphia because he was part of three of its programs.

He is the all-time winningest coach in Philadelphia Big 5 history. He is also part of a group of great coaches to win more than 400 games in the NCAA. His overall college record is 557 - 313.

Dunphy played for La Salle from 1967 - 1970 and later was an assistant coach there. He was the head coach of the University of Pennsylvania for 17 seasons.

In that time, he won 10 Ivy League titles.

Dunphy left Penn in 2006 to become the head coach at Temple University. He took over for head coach John Chaney.

Dunphy led the Temple Owls to back-to-back Atlantic 10 Conference tournament championships. He is the first coach to do so.

Temple switched over to the American Athletic Conference in the 2013-2014 season. Since then, Dunphy won AAC Coach of the Year honors two years in a row for exceeding pre-season expectations.

Dunphy's current squad is on the bubble to make the NCAA Tournament. The squad is looking to close out its regular season with a win against the University of Central Florida.