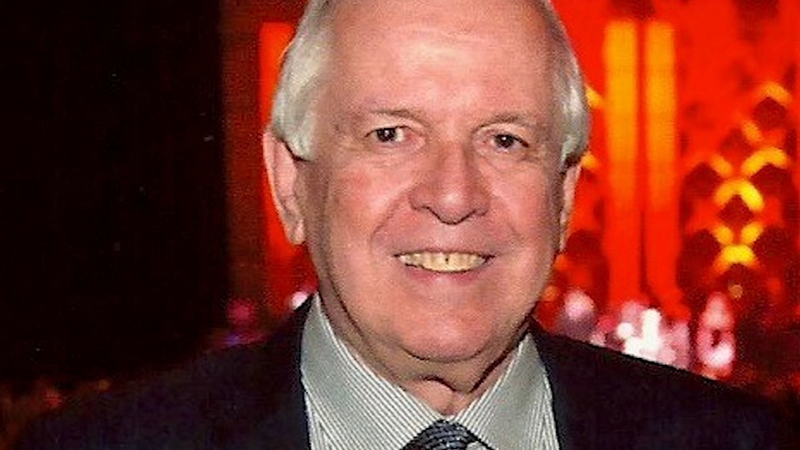 PHILADELPHIA (WPVI) -- Funeral services were held Monday afternoon for Larry Pollock, the man who set 6abc on a course in 1975 that in many fundamental ways it still follows to this day.

In the early world of television, with grainy flickering images on a two-dimensional screen, Larry Pollock brought a third dimension.

As 6abc's longtime president, he understood that viewers weren't merely numbers but that they were people, a simple approach that's been driving this television station since he sat behind its wheel.

"Larry Pollock was the architect of the modern channel 6. It began way back in 1975," said Action News anchor Jim Gardner.

1975 was the year Larry arrived in Philadelphia at WPVI.

Over the next 11 years, he reinvented Channel 6 and Action News, establishing it and ensconcing it as the market's number one newscast.

The formula was as straightforward as it gets.

"Larry knew ultimately that people connect with people, and if you put the right people in the right places, it would work," said Bernie Prazenica, president and general manager of 6abc.

With a keen eye for talent, Larry lured a stable of faces that would become Philadelphia's family: Jim Gardner, Dave Roberts, Lisa Thomas Laury to name a few.

"I wanted to be successful, I wanted to do a good job in large part to satisfy him. And to make him proud of me," said Gardner.

It was also his eye for what works that brought Oprah Winfrey to Channel 6 and two other juggernauts still on the air today: Jeopardy and Wheel of Fortune.

For all that, Pollock went on to run all of the ABC owned stations, until his retirement in 2000.

He may be gone now, but his ethic and drive remain.