Heartwarming surprise: North Carolina entrepreneur with Down syndrome reunited with boyfriend at airport 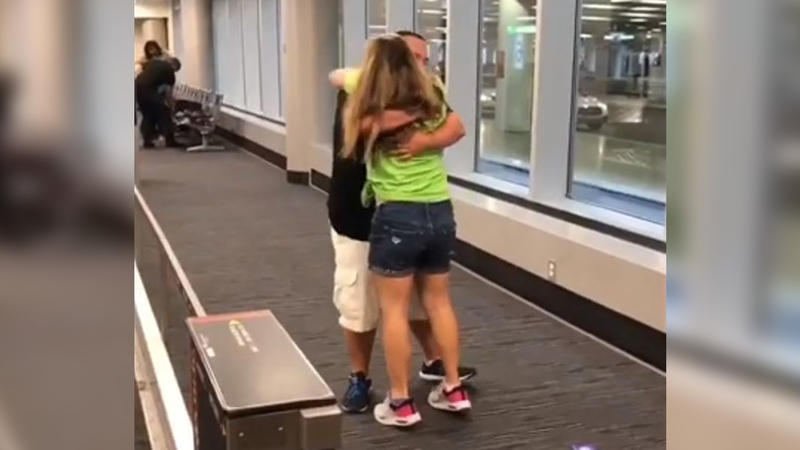 Gabi Angelini, 21, is the young entrepreneur behind Gabi's Grounds Coffee Shop -- a coffee business that works to support people with disabilities.

The two struck up a friendship, culminating with Doyle asking Angelini to dance with him.

"The way he put his arm around me, it felt like I was a Princess," Angelini recalled.

Their relationship continued after the conference despite Doyle living 500 miles away in Canton, Ohio.

The couple texted and stayed in touch through social media and FaceTime.

They met in person again at a June conference for National Down Syndrome Congress.

"He is adorable and I love when he sends me gifts and presents," Angelini said.

"It's hard enough to manage a relationship when both individuals have Down syndrome, but now when you complicate it by putting 500 miles in between them," Nick's mom Lisa Doyle said.

That complication inspired Nick and Gabi's moms to play cupid.

In August, Gabi's mom told her she was going to another conference; Nick's mom told him they needed to pick someone up from the airport.

But neither Nick or Gabi were expecting to see each other.

"I was surprised and I was shocked...and I was happy," Nick said about the surprise reunion.