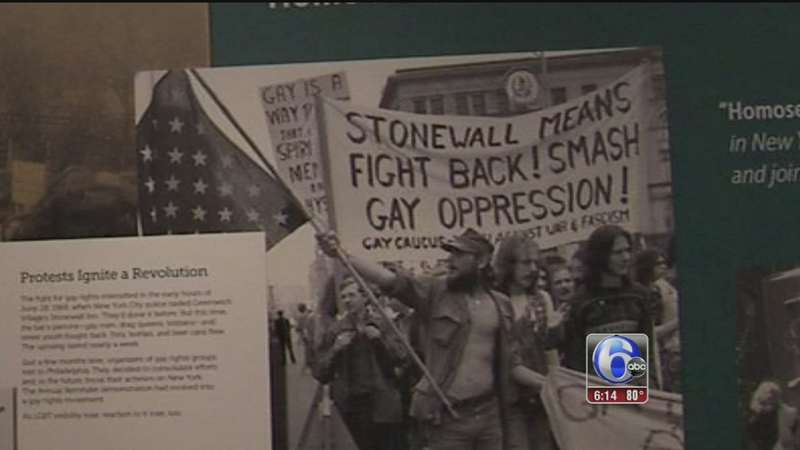 OLD CITY (WPVI) -- This Fourth of July also marks the 50th anniversary of the first equality protest for gay rights and it happened right here in Philadelphia.

74-year-old John James says it's surreal to see a picture of himself 50 years ago at the first gay rights protest.

The movement, spanning 50 years, is the focus of the 'Speaking out for Equality' exhibit at the National Constitution Center.

Many of the original gay rights pioneers and others came together to commemorate the anniversary.

James says back then, he could have been fired if his employer found out he was gay.

But he wasn't nervous; it was a different time.

"That was before the internet, mainstream media wasn't covering gay matters at that point," said James.

But Evan Wolfson, founder of Freedom to Marry, says without their early work, LGBT rights may not have come so far.

"Here these people spoke out before the silence was broken. Their courage is something we really have to honor and celebrate," said Wolfson.

The exhibit also shows the movement up to last week's Supreme Court decision allowing same-sex couples nationwide to marry - with people posting comments, applauding it and disagreeing with it.

Wolfson has been working on legalizing gay marriage since the 80s.

"I went back to my desk to read the decision and found myself crying as I read," said Wilson.

"I never imagined we would get this this point," said James.