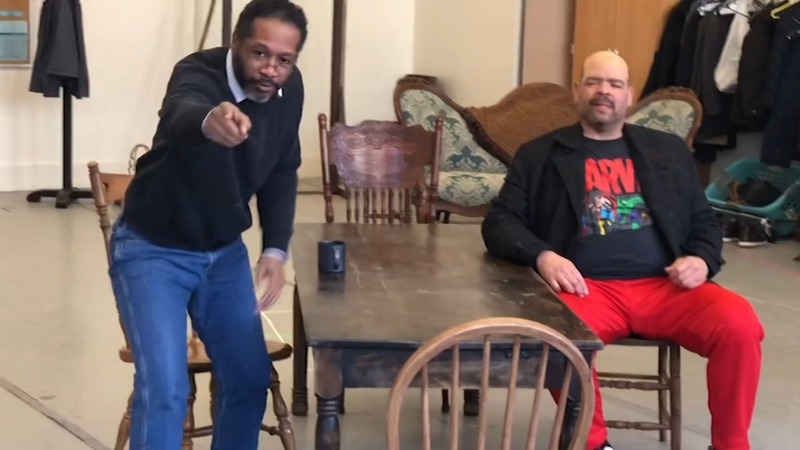 PHILADELPHIA -- The Arden Theatre is paying tribute to August Wilson with two new productions, both celebrating the life and work of the most prominent African American playwright of the 20th century.

"I think he opened the door to black writers to be received in a more mainstream way and on a larger scale," adds James Ijames, who's directing Gem of the Ocean, the first installment in a 10-play series entitled The American Century Cycle. A 100-year chronicle of African American life, it is the work that Wilson is best known for.

"The play centers around Aunt Esther's house," Ijames explains. "She is a healer and claims to be 287 years old."

It's set in 1904 and tells the story of a young man from Alabama who pays Aunt Esther a visit.

"To see if she can clean his soul because he is in a bit of a torment because of some things that have happened in his life." Ijames says, "which I won't give away cause I want you to come and see the play."

The Arden is also staging How I Learned What I Learned, a one-man show originally written and performed by Wilson, sharing snippets of his life as a black artist.

"I don't think that a lot of people know that August Wilson had a one-man show," says Oyetimein who's directing the Arden's production of the work. "Especially because when you think of his shows, you think of big large casts."

Both productions are set in Pittsburgh, the city where Wilson was born in 1945, giving audiences a glimpse of the experiences that influenced his award-winning work.

"I don't know any other playwright who's done what he's done with that breadth of work," Oyetimein says.

Ijames agrees: "In some ways, I feel like he's the writer that sort of made white theaters go 'Yes, we can produce this.'"