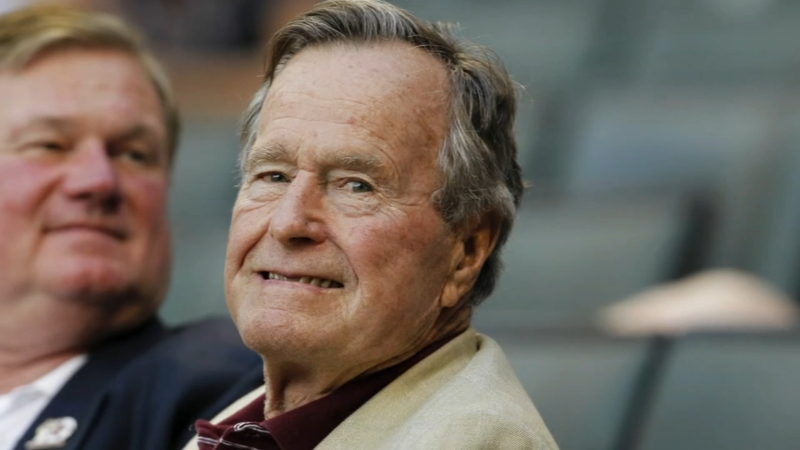 WASHINGTON -- The official schedule for ceremonies honoring the late George H.W. Bush was released on Saturday. The four-day tribute includes lying in state at the U.S. Capitol for parts of three days, a funeral at the Washington National Cathedral and eventual burial at the George Bush Presidential Library and Museum.

The ceremonies will begin on Monday with a departure ceremony at Ellington Field Joint Reserve Base in Houston at 10:30 a.m. Central time. Bush's remains will be flown from Houston to Joint Base Andrews in Prince George's County, Maryland.

There will also be a ceremony on arrival of the former president's remains at Joint Base Andrews at 3:30 p.m. Eastern time on Monday.

From there, the president's casket will be taken to the U.S. Capitol in Washington.

Following the funeral, Bush will return to Joint Base Andrews at 1:15 p.m. and depart back to Houston. His arrival at Ellington Field is expected at 4:30 p.m. Central time on Wednesday.

Bush will then lie in repose at St. Martin's Episcopal Church in Houston, where first lady Barbara Bush's funeral was held in April.

The president's casket will depart by railroad on Thursday at 12:30 p.m. CT and arrive at Texas A&M University in College Station, home to the George Bush Presidential Library and Museum, at 3:45 p.m. Bush, an admirer of trains, has had a special one with a glass viewing car designed to carry his remains to internment.