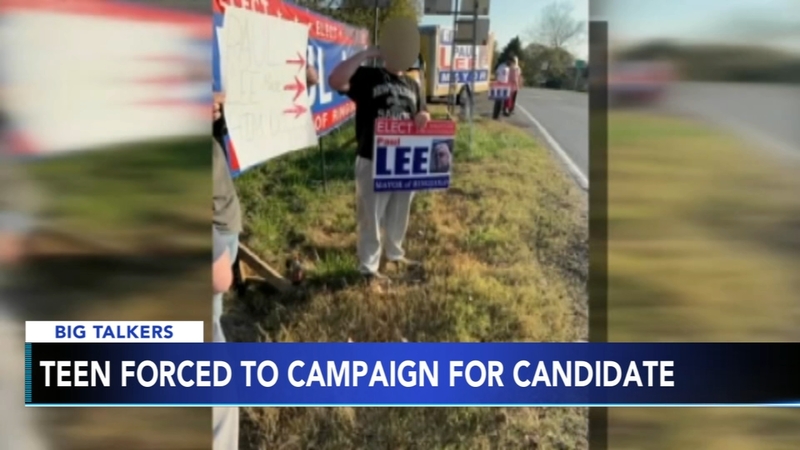 RINGGOLD, GA (WPVI) -- A Georgia mother is upset that her 16-year-old son was forced to campaign for a politician after he stole the candidate's campaign signs as a prank.

Amy Carpenter said her son Noah was forced to hold a sign for politician Paul Lee outside of his high school even though the teen didn't support him.

Last week, Noah and a friend stole two of the same signs from the same location as a prank.

Their parents made the boys return the signs to the candidate the next day, but Lee was not satisfied with an apology.

He told the teens they had a choice to either hold the signs along with his supporters or face criminal charges.

Though Lee did not win the mayoral race, he says he still stands by his decision to teach the boys a lesson.