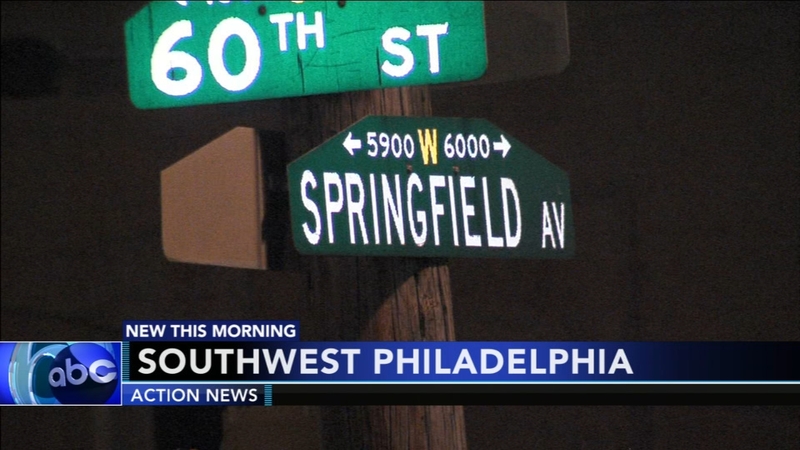 SOUTHWEST PHILADELPHIA (WPVI) -- Philadelphia Police are searching for the gunman who opened fire on a father holding his 4-year-old daughter late Friday night.

It happened around 11:10 p.m. when the father was walking to his car on the 5900 block of Springfield Avenue.
Fisher says he was walking his dog and saw it happen.

"I see the car turn around right in front of my house went back down there and fired on the guy and the daughter," he said.

Police say as the suspects were approaching, the girl's father had just parked his Buick.

The child was shot in the upper portion of her right leg. The car was sprayed with a dozen bullet holes.

Police believe the father was the intended target.

Fisher and another neighbor rushed in to help the father and his child. They took them to another nearby neighbor's house and that's where they waited for help to come.

"What we did was shuffle them, me and my neighbor to his house for safety in case of re-occurrence. Then I was outside waiting for the police to come," Fisher said.

At this point detectives say they believe 4 male suspects were in an unidentified car.

Many neighbors we spoke with today are having a hard time understanding who could commit such a horrible crime.

Hadassa Abraham of West Philadelphia said, "It's despicable. I'm sorry a 4-year-old got shot at."

Fisher added, "They have to get a handle on these kids."