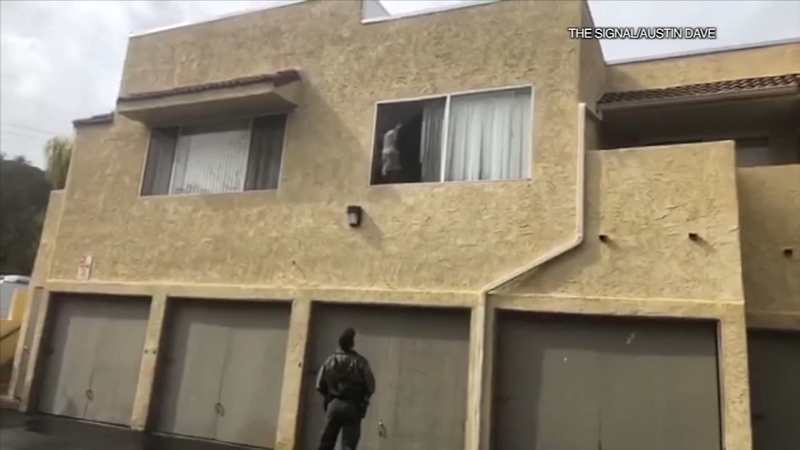 LOS ANGELES, California -- A California couple is in trouble with the law after leaving their child home alone.

KTLA-TV reports, neighbors saw the girl on the window ledge and called for help.

In video taken of the rescue, you hear LA County sheriff's deputies pleading with the child to get down the window sill.

Deputy Ben Sanchez was one of the first responders waiting below in case the bending window screen gave way.

"I thought she was going to fall out," Sanchez said. "The thing was bending, and I was just trying to figure out how to catch her and have the screen come down on me at the same time."

Neighbors had called police to the apartment on Isabella Parkway early this afternoon fearing for the child's safety.

"I wasn't here for the rescue but I have on occasion seen baby girl, the window partially open, up against the window," said neighbor Charla Marshall.

Marshall says she saw the girl in a similar predicament months before.

"I just told her to get down, 'Lay down baby; mommy and daddy think you're asleep, lay down,'" she said.

This time, however, the child was left home alone.

LA County Fire forced their way in and pulled the child to safety.

"There's no reason or excuse to have a child that young to stay by themselves inside of a house," said neighbor Robert Sienfuegos.