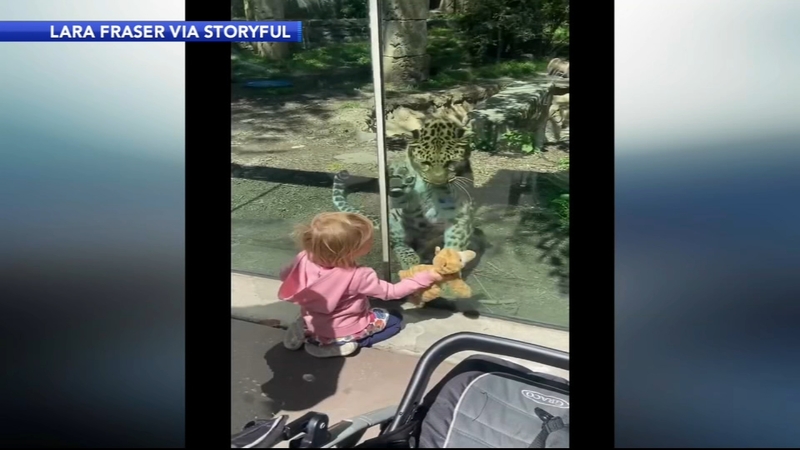 PHILADELPHIA (WPVI) -- A leopard at the Philadelphia Zoo has a new play pal.

A toddler playfully greeted a leopard on May 12 by waving her stuffed animal cat, as captured in a viral video filmed by the girl's mother and shared by the zoo.

Lara Fraser said her 2-year-old daughter Rylee had a "play date" with an Amur leopard and her favorite stuffed animal, named Kitty.

In the video, Rylee giggles as the leopard paws at the toy from behind the zoo's glass divider.

According to the Philadelphia Zoo, the Amur leopard is the world's rarest big cat, with fewer than 100 left in the wild.