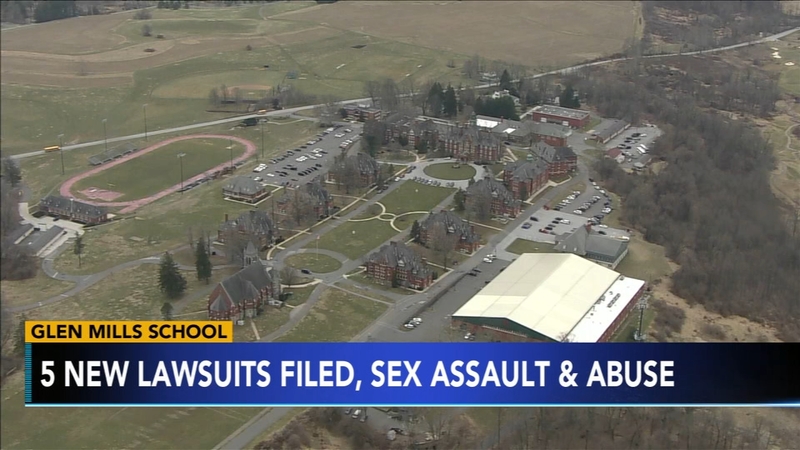 Attorneys of former students spoke about the new allegations in Center City on Wednesday.

In one instance during 1987, one victim says he was forced against a wall and raped repeatedly, according to the lawsuit.

Another victim states in the lawsuit that during 2007-2008, one night a staffer forced his fingers in the victim's anus and threatened to beat him if he told anyone.

"Our allegations in these five lawsuits make clear that the Glen Mills Schools was a house of horrors that destroyed the lives of many of the students who were placed there by juvenile justice systems across the country," according to Jeffrey B. Solomon and Matthew L. Solomon , attorneys at Dion, Solomon & Shapiro, L.L.C. , and co-counsel for the five plaintiffs. "As we allege, the administrators and staff at Glen Mills built and encouraged a culture of violence and abuse that they covered up and concealed so as not to jeopardize the public funding that paid their salaries."

The lawsuits follow several other complaints filed late last year and earlier this month against Glen Mills from the same law firm.

All students were removed from the school last spring amid the allegations.