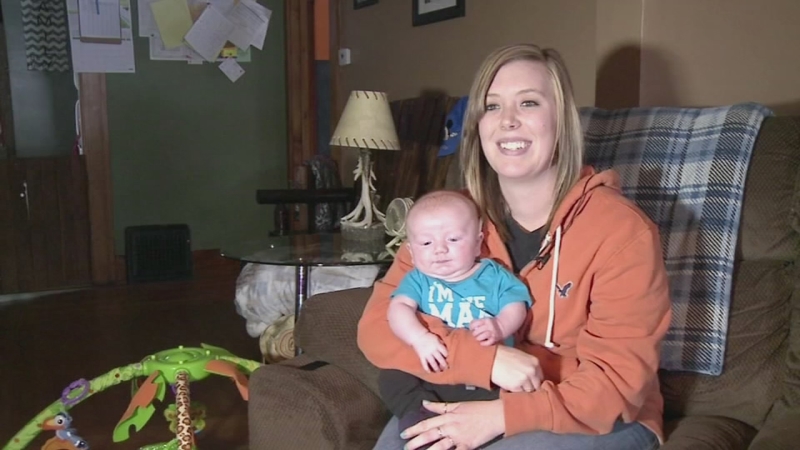 When Ashley Hanzlik learned that someone had paid off her layaway bill at Toys R Us, she originally thought it was a mistake. But when she found out it was the work of a kind-hearted good Samaritan, she was truly touched.

Hanzlik was worried when she received an email on Monday from the toy store, saying that her layaway purchase for her 2-year-old Gage and 3-month-old Hunter had been fully paid. "I panicked and thought someone paid for the wrong layaway," Hanzlik told ABC affiliate KSFY.

The Alcester, S.D. mom quickly called Toys R Us to take care of the situation. What she learned, though, was that the payment wasn't a mistake, but a kind deed performed by an anonymous good Samaritan.

"The guy told me that someone had come in and wrote a check and they had randomly selected people and the check covered multiple people's layaway accounts," Hanzlik said.

"It was pretty amazing. I've never had anything like that happen to me so it was awesome."

Hanzlik wasn't the only one who was touched by the good Samaritan's kind act: Heidi Cobb, another mom, said that her Toys R Us layaway was also paid off.