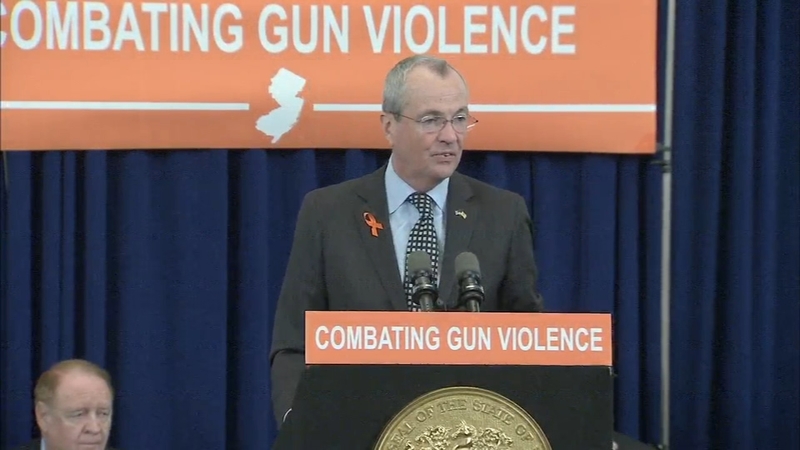 In a tweet Tuesday Murphy mentioned the Pulse nightclub shooting in Orlando, saying "our hearts are heavy" on the two-year anniversary of the attack and saying that New Jersey now has some of the country's toughest gun laws.

New Jersey joins other states, including Florida and Vermont, enacting gun control measures since the Parkland shooting, which set off a series of rallies across the country aimed at reducing gun violence through tighter laws. Murphy on Wednesday explicitly brought up the midterm elections and called on voters to pick candidates who will vote for "common sense" gun control legislation.

The legislation went through an emotional hourslong meeting that included moms who support tighter gun laws wearing red T-shirts that read Moms Demand Action, self-identified National Rifle Association members and even a former Indy Car racer who worried about his rights being eroded.

"I do fear in the next 50 to 100 years a tyrannical government," former racer PJ Chesson told lawmakers earlier this year, adding that he wants to keep his right to body-armor-piercing bullets and higher rounds.

While the legislation has earned the praise of gun control advocates, including Moms Demand Action for Gun Sense, it has also merited scorn from gun rights advocates who say the measure won't increase safety.

The six measures will:

-Require the seizure of firearms when a mental health professional determines someone poses a threat.

-Allow for an extreme risk protective order if a court deems someone poses a significant danger to themselves or others. The temporary court order bars the subject from possessing or purchasing a firearm or ammunition.

-Lower the magazine capacity from 15 rounds to 10, with an exception for a popular .22-caliber rifle.

-Require residents to show a "justifiable need" to get a carry permit.