Vandal sought for thousands of dollars worth of graffiti damage in Cheltenham Twp. Vandal sought for thousands of dollars worth of graffiti damage

CHELTENHAM TWP., Pennsylvania (WPVI) -- Police are trying to identify and catch up with the individual who is leaving graffiti all over Cheltenham Township, causing thousands of dollars in damage.

A Cheltenham Township police officer caught him in the act on March 25 as his dashcam video was rolling. The man dropped his paint can, and bolted away on his bicycle.

Now that police have a clear picture of the suspect, they need the public's help to identify him. 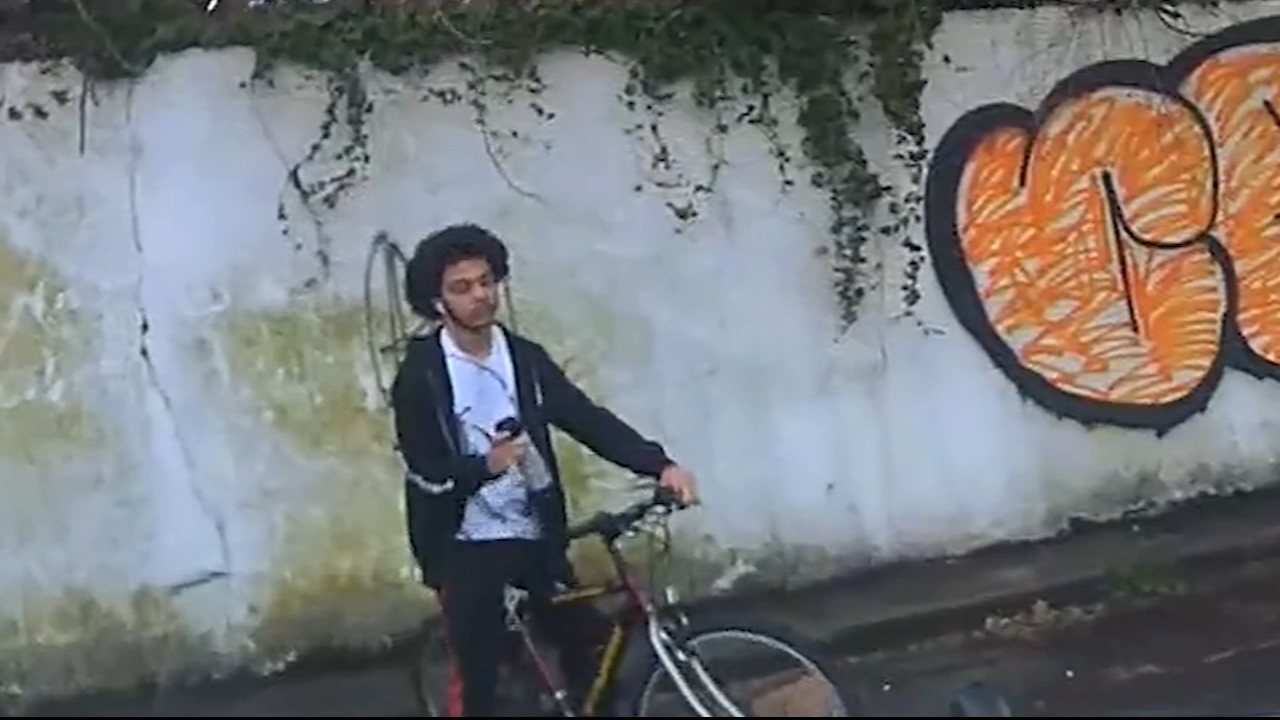 Police said the man has been tagging "GRAM" all around the township, including in Elkins Park, La Mott, and at Lynnewood Gardens.

"It's extremely offensive," said Kristina Whelan, who brought her children to skate at Richard Wall Park and saw graffiti where her young children were playing.

"We don't want our kids to be seeing foul language, especially in a place like this," said Whelan.

Cheltenham Township police said it's extremely hard to catch a tagger, which is why graffiti has been an issue in the township.

"It only takes a couple of seconds to tag something, and then the chances of us catching the person are pretty low," said Lt. Andy Snyder with Cheltenham Township Police.

Synder said it was rare for this officer to catch the man on camera before he got away.

"It's is an eyesore, it is very expensive to clean up, so it is a serious problem we have to address," said Snyder.

There were at least six tags with "GRAM" on the back of the shopping center at Penrose and Cheltenham avenues. However, in some spots, the tag was painted over only for the tagger to strike again.

It's become extremely costly and frustrating for local business owners.

"It looks very bad," said Chris Lee, the owner of Sol Levante Bakery. "It costs money for the business owners, also the building owners, and then we have to take responsibility."

Police have seen several of the tags on public property over the past week like at the skate park, where taxpayers had to foot the bill to clean it up. On private property, business owners have to find the funding to paint over it.

Some people have been commenting on the Cheltenham Township Police Facebook page saying that if this person is caught they should be enrolled in an arts program.

"There's always the opportunity for some type of alternative punishment other than putting him into the prison system," said Snyder.

At this point, the thousands of dollars in damages that he's caused makes his crime a felony.