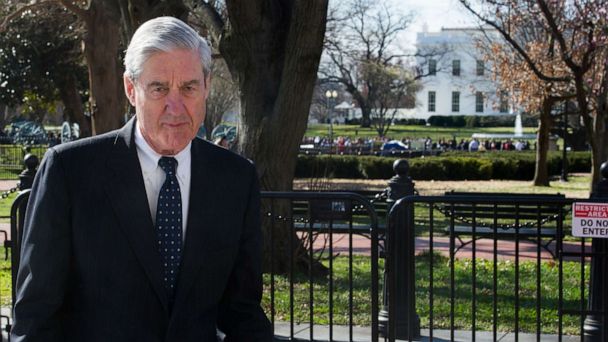 A federal grand jury impaneled by special counsel Robert Mueller is still conducting a "robust on-going" investigation - even after his team has concluded its work and disbanded - a federal prosecutor testified Wednesday during a court hearing about a subpoena dispute with an an-unnamed, foreign-owned company.

The disclosure was made during an effort by media organizations to persuade the court to identify the foreign firm that has, thus far, refused to honor the subpoena issued by the Mueller team. And it has added a new mystery to the already confounding dispute - why would the grand jury handling the Mueller case still be in the throes of a "robust" investigation if the special counsel's work has concluded?

"I think it's certainly surprising and newsworthy that this investigation is continuing robustly," said Katie Townsend, the legal director for The Reporters Committee for Freedom of the Press, the organization that went to court seeking more information about the case.

Last week, Mueller delivered his highly-anticipated final report to the Attorney General Bill Barr, which had signaled the end of the probe into the Russian meddling in the 2016 presidential election. At the time, the special counsel's office said un-resolved matters stemming from the 22-month long probe would be overseen by the U.S. Attorney's office in Washington, D.C.

During much of the span of the probe, a grand jury has been empaneled inside the federal courthouse in D.C. to hear sworn testimony from some of the approximately 500 witnesses, the special counsel's office interviewed as part of its broader effort to unwind Russian efforts to meddle in the 2016 election. By law, most federal grand juries are impaneled for 18-month terms. That term was set to expire in January but has been extended. Typically such extensions cover an additional six months - though at the time the judge did not specify how much longer they would meet.

The revelation that the panelists were still in the midst of a robust investigation came as part of the government's objection to reveal the identity of a witness challenging a subpoena to appear before the Mueller's grand jury. The witness, an unnamed company owned by an unidentified foreign government (known as Country A in court documents), has moved to avoid complying with a grand jury subpoena "because it would require the Corporation to violate Country A's domestic law," according to a court filing issued by an appeals court in December.

The Reporters Committee, a First Amendment watchdog group, filed a motion to unseal the case and reveal the identity of the foreign company argued on Wednesday that the public deserves more transparency in this case now that the special counsel's investigation has concluded.

Judge Beryl Howell said that depends on whether there's still an on-going grand jury investigation, and asked the government whether that's the case.

Townsend, the attorney seeking the records, told ABC News she was not sure what to make of the disclosure.

"I would anticipate that because the special counsel's office is now closed, this portion of the investigation has been handed off to the U.S. attorney's office in D.C, but beyond that, I don't know," she said.

The judge did acknowledge public interest in this case and ordered the release of additional briefs and transcripts in the case, but stopped short of making decision on whether the identity of the company needs to be shielded. The judge is expected to issue a memorandum on the company's identity soon, and the government has been given 30 days to redact additional documents to be disclosed.

Townsend said even if the judge rules against revealing the identity of the company now, the Reporters Committee will have another chance to request disclosure once the grand jury investigation is over.

"The identity of the company is integral to the public's understanding of this matter," Townsend said.

Special counsel spokesman Peter Carr declined to comment on this matter, but confirmed that the D.C. U.S. attorney is continuing this work now that the investigation is complete.