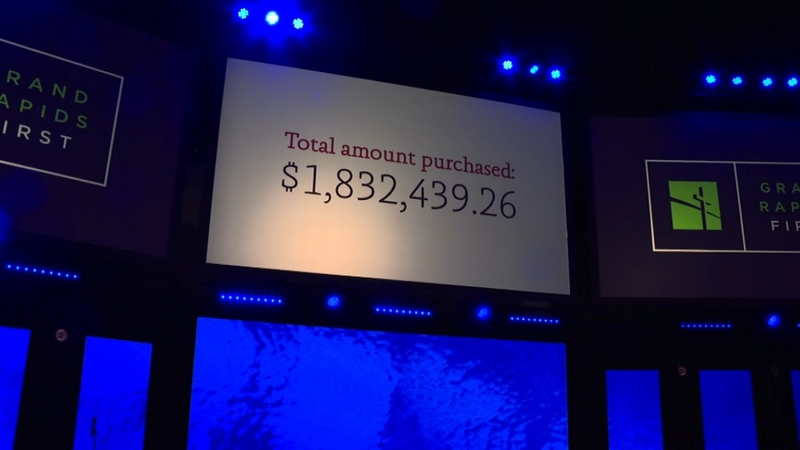 WYOMING, Michigan -- A church said it raised enough money to pay off the medical debt of nearly 2,000 struggling families.

Sam Rijfkogel, pastor of Grand Rapids First, said the church purchased more than $1.8 million worth of medical debt for "less than a penny on the dollar" through a nonprofit group.

"There are people whose medical debt, they cannot pay. There is no way. It's looming over their head," Rijfkogel said during Sunday's service. "Most of these folks are in poverty levels or below poverty levels and there's no way that it can be repaid, but they feel the creditor banging on their doors."

"Today, that $1,832,439.26 that was looming over families is gone. Those families that are living in poverty rates or less. It has been paid in full as a result of a gift from this church," he added.

Rijfkogel said the debt was paid off by RIP Medical Debt, a nonprofit group that says it has abolished more than $624 million in medical debt since it's creation in 2014, according to its website.

The organization eliminated the medical debt of 1,899 local families using the church's donation, according to Rijfkogel.

The families were from four Michigan counties including Kent, Ottawa, Allegan and Ionia. The largest debt paid off was $75,581, according to the church.

Patients and their families staying at St. Jude Children's Research Hospital have new digs thanks to Chip and Joanna Gaines. The "Fixer Upper" stars redesigned the playhouse at the Target House, a long-term housing facility for patients' families.