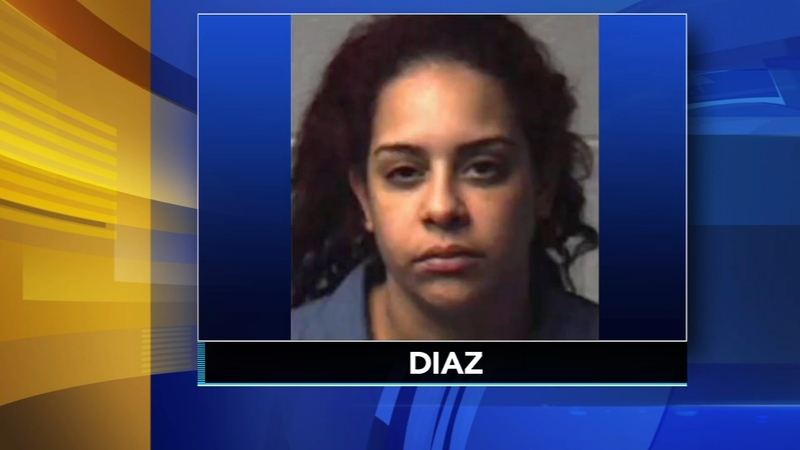 BETHLEHEM, Pennsylvania (WPVI) -- Prosecutors say a Pottsville, Pennsylvania woman led a group of scammers who preyed on the elderly. Now, Yahaira Diaz will spend more than five years in prison for her crime.

Diaz, 33, was convicted of taking more than $158,000 from elderly people across the country and what's come to be known as the "Grandparents Scheme."

She was arrested at a home in Bethlehem last February.

Diaz and a group of several others would prey on the victims by calling them and pretending to be either their grandchildren or law enforcement officials. The scammers would tell the elderly victims that their grandchild was in trouble for a DUI offense and needed to pay money for bail and legal expenses.

Prosecutors said Diaz and her crew often upped the stakes by stating that the grandchild had caused a fatal accident involving a pregnant woman.

"What these criminals do is they target these vulnerable victims," Assistant US Attorney Louis Lappen. "Information is available on the Internet and public databases. They can figure out who people are if they are older. And they call."

The victims were then told to send cash to a designated address, several in eastern Pennsylvania.

The victims would put cash in the sheets of magazines and mail them on the advice of the scammers who said that sending the money that way would be more discrete for the embarrassing situation in which their grandchildren were involved.

Often times, the scammers would continue to call the victims demanding even more money after they'd already sent thousands.

The 10 victims were from Arkansas, Kentucky, Illinois, Washington, Texas, Michigan, Missouri and Hawaii.

One of the victims, a 93-year-old man from Arkansas, reported the incidents to police after receiving several calls.

Prosecutors say Diaz recruited people who either owned or controlled homes in order to receive the payments.

"Crimes like these against our elderly citizens are taken very seriously by law enforcement," Mark DiLuzio, chief of police with the Bethlehem Police Department said in a statement issuers through the US Attorney's Office. That office says it'll prosecute crimes like this one to the fullest.

"Crimes against the elderly target some of the most vulnerable people in our society, and schemes like the 'Grandparent Scheme' are particularly heinous because they prey on a senior's love for their family," said U.S. Attorney McSwain. "The Department of Justice is committed to protecting our seniors from fraud, and my office will continue to prioritize prosecuting criminals who prey on our elderly residents."

Lappen says if you or someone you know receives a suspicious call that sounds like it could be the "Grandparents Scheme," do not send money. Instead, call family members to verify whether a grandchild really is in trouble.