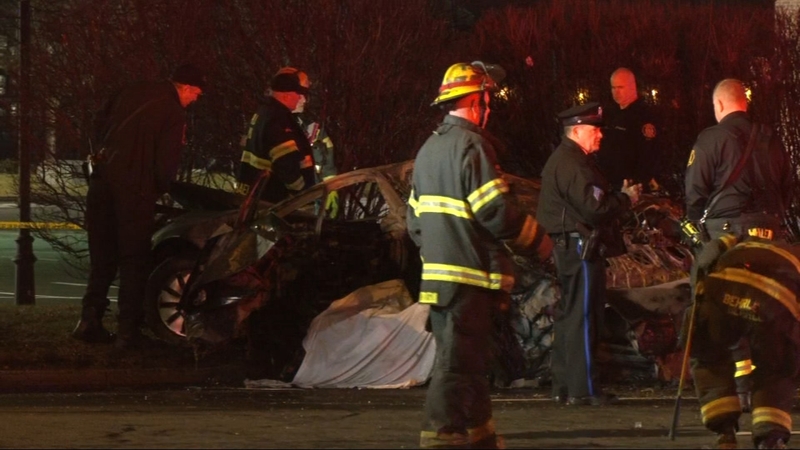 NORTHEAST PHILADELPHIA (WPVI) -- Police have identified the woman killed in a fiery crash on the Roosevelt Boulevard in Northeast Philadelphia early Sunday morning.

It happened around 2 a.m. near Grant Avenue in the city's Bustleton section.

Police said 23-year-old Lisheerah Rankins of Fairless Hills, Bucks County had just crossed over Grant Avenue in the northbound lanes of the Boulevard when the male driver struck the rear of her vehicle at a high rate of speed.

Investigators said the impact caused her car to spiral out of control and into a tree where it burst into flames. Officials said Rankins was unable to escape the wreck and died inside of the car.

The 39-year-old driver of the striking car was taken to Jefferson Torresdale Hospital with critical injuries.