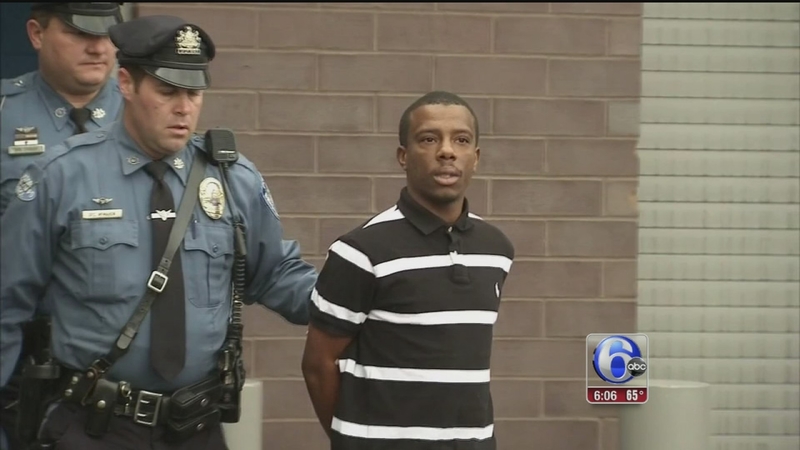 Action News was there as he was being taken into custody. Carter denied he vandalized any gravesites.

Photos show American flags, used to mark veteran's graves, were removed and set on fire and gravestones were burned.

"Why this knucklehead would decide to damage grave stones and marks and burn American flags, I have no idea," said Fred Harran, Bensalem Public Safety Director.

Police were able to collect DNA from the wooden handle on one of the small flags that was burned and left behind.

Then, in early September, an officer spotted Carter walking through one of the cemeteries late at night.

He agreed to give a DNA sample. The results came back this week - Carter's DNA matched the DNA on the flag and he was arrested appropriately on Veteran's Day.