Brother of NBA player among dead in 6 Philly incidents 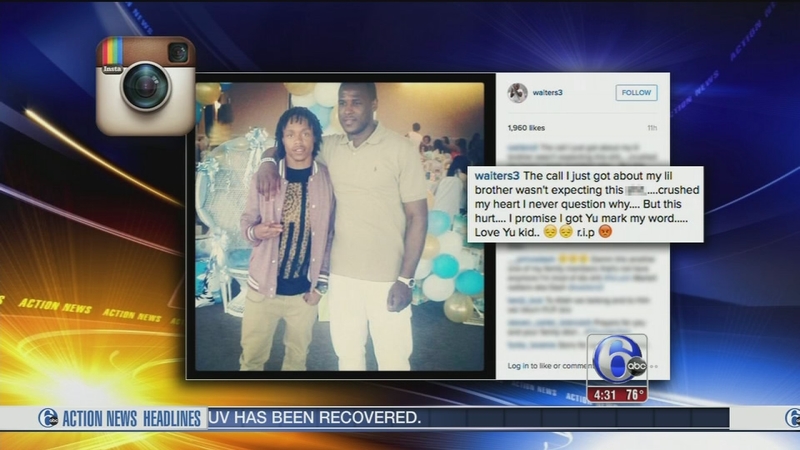 VIDEO: Brother of NBA player among dead in 6 Philly incidents

GRAYS FERRY (WPVI) -- Philadelphia is trying to recover from a violent night which saw death across the city.

Tuesday night there were six murders, which all happened in six different neighborhoods. Police Commissioner Richard Ross called the violence frustrating and said warm weather during the winter definitely puts officers on alert for more activity.

One victim was killed while riding a motorcycle in Grays Ferry. Action News has learned that motorcyclist is the brother of an NBA player from Philadelphia.

21-year-old Demetrius Pinckney was found dead in the 2300 block of Morris Street. Police say he was found with severe injuries to the head, with a green dirt bike nearby.

Police say he was riding a dirt bike with a group of friends when shots rang out from a separate group of dirt bikers.

Philadelphia Police Captain James Clark says, "Another male on a bike was firing several shots at the group. One of them hit Pinckney. He went down and was pronounced at the scene."

Pinckney is the younger brother of Oklahoma City Thunder shooting guard Dion Waiters, who is a Philadelphia native. Waiters posted about his brother's death on Instagram, delivering a heartbreaking tribute about his family's loss to senseless violence.

As for a motive, police know there is a long history of violent street gang rivalry in that section of South Philadelphia.

Captain Clark explains, "We do know there's two different groups that have been fighting back and forth for a while in that area. So we'll take a look and see if this has anything to do with them."

Action News spoke with the father of Pinkney and Waiters, who said his son was a "great kid" who was headed to college next month. He says his son had nothing to do with street gangs.