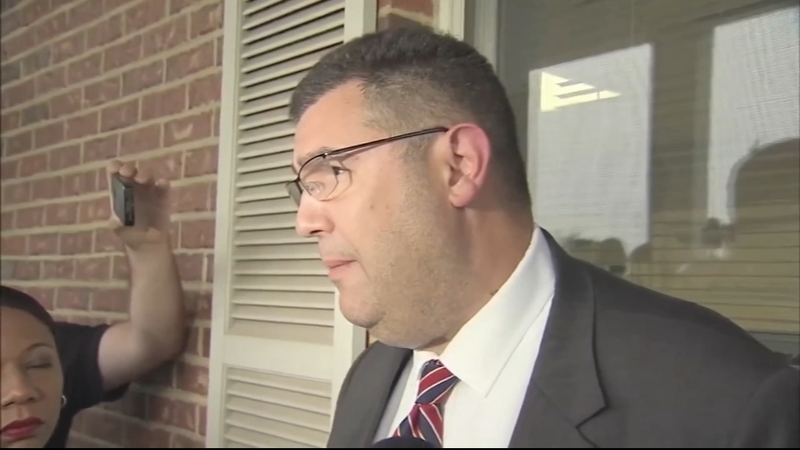 DOYLESTOWN, Pennsylvania (WPVI) -- A prosecutor in Bucks County, Pennsylvania, has resigned after admitting last month to working as a delivery driver while on the job.

Gregg Shore, the former First Assistant District Attorney for Bucks County, resigned Tuesday, according to a spokesperson for the office.

Shore delivered food for DoorDash, and, at times, did so during normal business hours, authorities said.

District Attorney Matt Weintraub stated that Shore used his accrued vacation time to repay the county the money he earned working that extra job while on duty.

"Due to personal circumstances, I worked a second job delivering food during the COVID pandemic," Shore previously told Action News by phone.

Shore says he averaged about three hours a week delivering for DoorDash since last March.

"I primarily worked a job at night and on weekends. However, I made the incredibly poor decision to deliver during the workday at times. In doing so, I realized that I betrayed my boss, colleagues and most importantly the citizens of Bucks County," he said.

Shore made more than $120,000 a year, according to the Bucks County Courier Times.

Last month, Weintraub said Shore would remain in the office as deputy district attorney, to "earn back the trust and confidence of myself, this Office, and the Bucks County community."