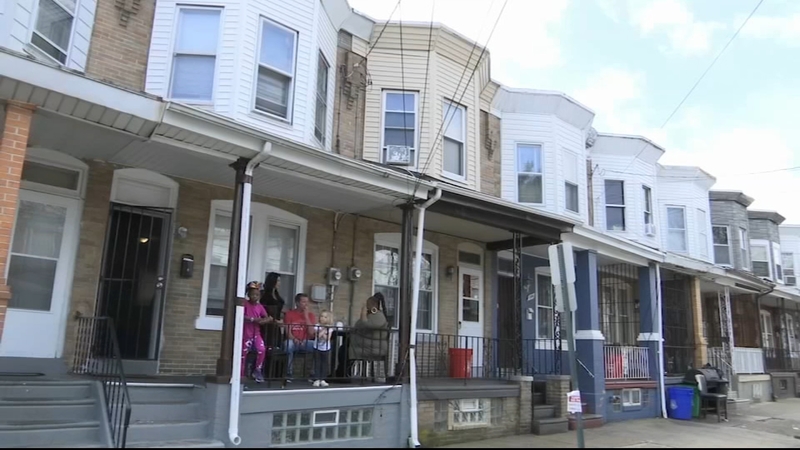 CAMDEN, New Jersey (WPVI) -- A South Jersey family who spent months homeless and living in a hotel received a new home from a generous family in Mickleton, New Jersey.

Noreen Owens, who is on disability, is the mother of seven children ages six through 18. Just two days before Christmas, she was gifted the key to her new home through Steve Harbaugh, who runs The Griswold's of New Jersey Christmas Light Display.

The grand surprise took place with the family arriving on a party bus.

"Just the expression on their face 'for me,' that was priceless," Owens said. "I can never repay them for what they did for us."

Owens and her family were suggested to Steve Harbaugh by Vince Damani and Mike Lucas, who own All That's Good Production Company.

While she was worried about providing for her own family, she never stopped helping others. Damani's sister works at Camden Prep Elementary School, where Owen's youngest, Chaylese, 6, goes to school.

Both the teacher, principal, and social worker recommend Owens and her family be the recipient of the Christmas surprise.

The Harbaugh family's light display also serves as a toy drive. That's how Noreen Owens linked up with Steve Harbaugh.

She reached out on social media to receive toys for her church's outreach program Operation Warm Hugs. This year the Harbaugh's toy drive received $12,000 in toys.

"She was so selfless to reach out for someone else, and in fact, she was the one who really needed some help herself," wife Gina Harbaugh said.

Steve Harbaugh added, "We had to take it to the next level and give Noreen a Christmas and a new home."

The Christmas light display raised nearly $40,000 in financial contributions. The family used the money to rent the Owens' their Camden home and pay for all utilities for a year.

Both families are excited about building on the relationship.

The Harbaughs say Noreen will play a huge role in their toy drive next year, connecting their charity with various foundations in Camden.