PHILADELPHIA (WPVI) -- A young boy battling a rare form of cancer got quite a surprise for this 4th birthday on Wednesday.

Jack Callahan wrote this letter to Gritty earlier this month.

"Dear Gritty, I love you. My name is Jack Patrick Callahan. I am 3 years old. I am from Charlottesville, Virginia. I am in the hospital in Philadelphia. I want to be you for Halloween. I want a Gritty Cake for my birthday, too," read the letter.

Jack's uncle, Ryan Callahan, told Action News that Jack's battle started in February when he was diagnosed with cancer in Charlottesville, Virginia. Doctors later recommended he get treated by doctors at Children's Hospital of Philadelphia, where he's been since June.

"He sees (Gritty) and it just makes him laugh," said Callahan. 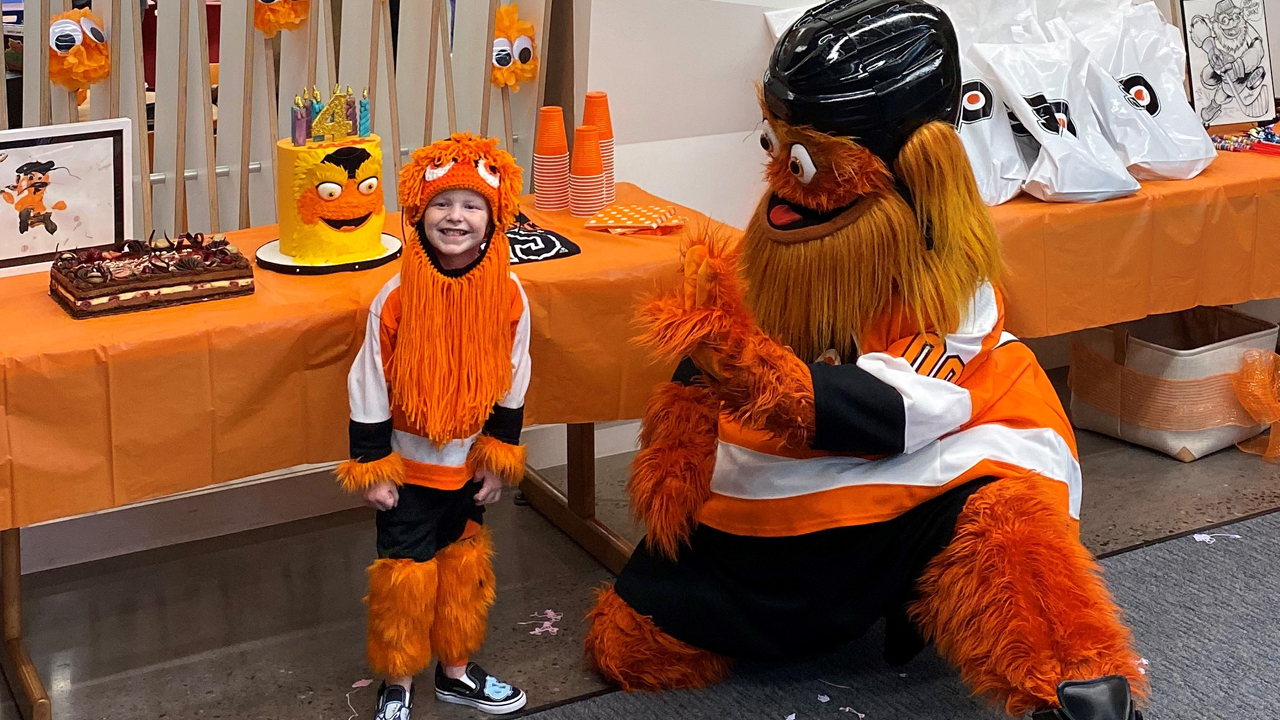 
And that's just what Jack did.

"Jack was over the moon... he actually started crying. He was wiping little tears from his eyes," said Callahan. "It's a day that our family will never forget for the rest of our lives."

Jack and Gritty played for about an hour, including one game called, "Pin the googly eye on the Gritty."