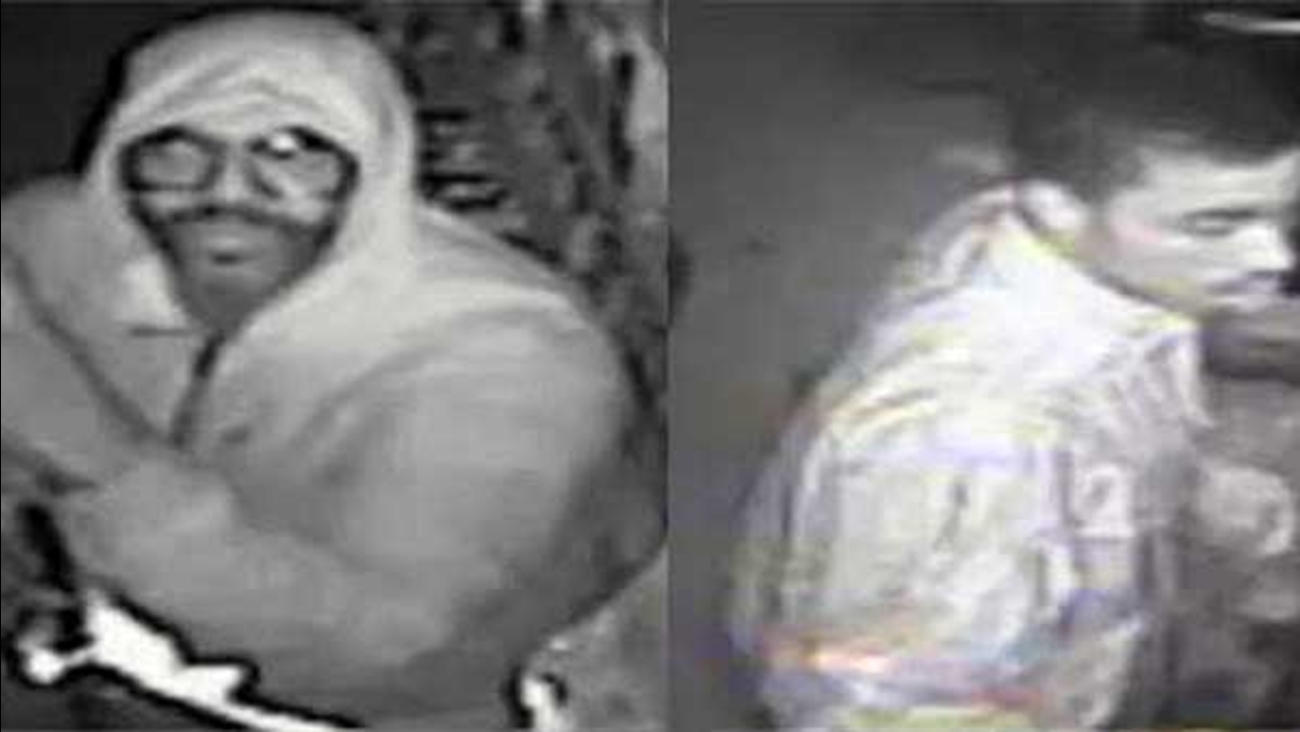 Police are searching for two suspects who burglarized a grocery store in North Philadelphia.

The suspects were caught on surveillance breaking into the Squina grocery store on the 1900 block of North 23rd Street just after 4 a.m.

Once inside, one suspect tried unsuccessfully to break into an ATM machine while the second suspect stole $3,000 from behind the counter.

Both men then fled the scene in an unknown direction.


The first suspect is described as a black male in his mid 40s, 5'8" tall with a bald head and goatee. He was wearing glasses and a gray sweatsuit.

The second suspect is described as a black male in his late teens to early 20s, 5'10" tall with short hair and a mustache. He was wearing a jacket and jeans.