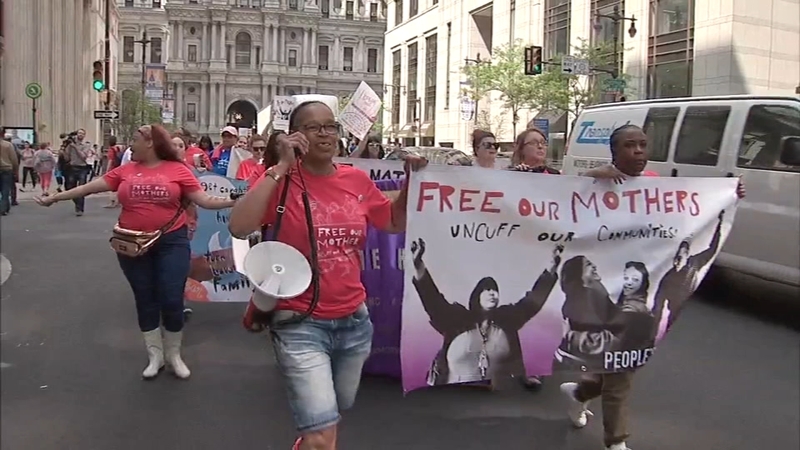 PHILADELPHIA (WPVI) -- In concert with a growing nationwide movement, some Philadelphia organizers gathered at City Hall to demand the immediate end of all cash bail, arguing the practice discriminates against the poor.

"It's a really inequitable system, that really impacts disproportionately communities of color and poor communities that are over-policed," said organizer Candace McKinley. "They have more contact with the police and policing and so they are more likely to be in a situation where they'll have to deal with cash bail."

Latisha Smith, the mother of a 10-year-old boy, recently spent 3 months in jail. Court records show she is awaiting trial on a misdemeanor. She couldn't come up with 10 percent of $5600 required for release.

"I have a son. I still have to maintain a home, bills and just because I had a situation doesn't mean I should have to sit for $560 that I couldn't afford at the time," she said.

City Councilwoman Helen Gym says she and her colleagues recognize that cash bail needs to be reviewed and in some cases eliminated.

"As long as bail is being offered, it's been a matter of wealth and privilege and that's what's unfair about it," said Gym.

The group raised $75,000 in private donations just this week.

On Tuesday, they paid the bail for 15 mothers so they can spend Mother's Day at home with their families.